Alexandria Ocasio-Cortez, born on October 13, 1989, was elected to the U.S. House of Representatives from New York’s 14th district in November 2018 and sworn into office on January 3, 2019, becoming the youngest woman in U.S. history to serve in Congress. (1)

The first exact passages of her Saturn return were in March and May 2018. She won the Democratic Party’s primary election in June 2018, and the final Saturn exact passage was on December 3, 2018 — one month before she was sworn into Congress. Saturn is at home in Capricorn, and its ability to accomplish its aims is strengthened in that sign. Capricorn, of course, relates to government, authority figures, business, and positions of leadership.

In a testimony to her (apparently) highly functional Saturn, economist Paul Krugman’s January 5 opinion piece, titled “The Economics of Soaking the Rich,” starts out: “What does Alexandria Ocasio-Cortez know about tax policy? A lot.” (2)

Alexandria Ocasio-Cortez (@AOC ) has natal Saturn surrounded by generational markers Uranus and Neptune. All three Capricorn planets are ready to be mobilized — they all turned direct in September 1989, the month before she was born: Uranus on the 10th, Saturn on the 11th, and Neptune on the 21st.

With no birth time known, we can get a few other ideas from the sunrise chart. 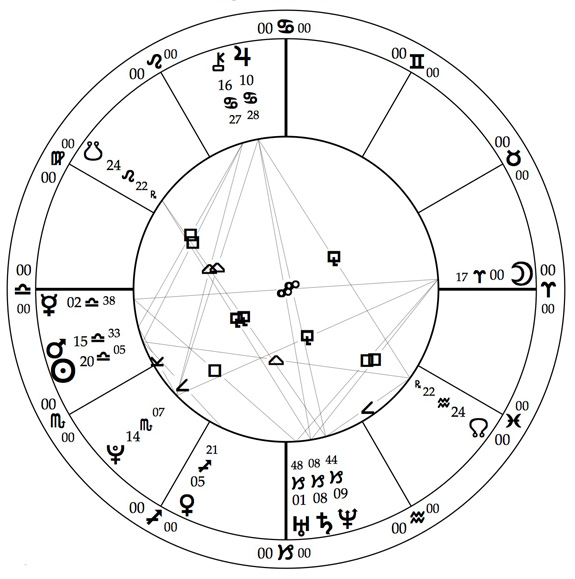 Ocasio-Cortez has Mercury and Mars rising ahead of the Sun in Libra — ample indications of a fighter for equality and social justice. She worked as an organizer for Bernie Sanders’s 2016 presidential campaign. In the 2018 primary, her victory over long-time Democratic incumbent Joe Crowley — despite being outspent 18 to 1 — was called “a shocking primary defeat” and “the most significant loss for a Democratic incumbent in more than a decade … one that will reverberate across the party and the country.” (3)

She also has Jupiter in Cancer (its place of exaltation) opposite the Capricorn planets, and Venus, dispositor of the Libra Sun, at 5° Sagittarius sextiles Mercury at 2° Libra. Jupiter made its once-every-12-years transit to her natal Venus on December 3, 2018. (Ocasio-Cortez was born on a Friday, Venus’s day.)

The Moon moved from 26° Pisces to 11° Aries on her birthday; the Moon entered Aries at sunrise, as this chart shows. Although it’s possible to contemplate that her natal Moon is at 0° Aries, that power point for fame and collective influence (i.e., the world axis), we might also see a Pisces Moon in her happy — Venus in Sag — dance moves.

Here she is dancing in college:

And, if you’re on Twitter, watch her dance in Congress: @AOC.

(1) All biographical material from Wikipedia

(2) From the New York Times: Opinion