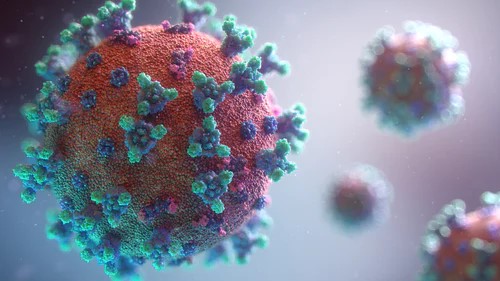 Was there a heads-up from the astrological community warning about a deadly pandemic starting in January 2020 that would kill thousands and lead to economic dysfunction and chaos around the globe?

The iconic French mundane astrologer Andre Barbault passed in October 2019, a week after his 98th birthday.  But his intuitive insights live on in the many books and published articles he left behind.  On that list is an article translated by Kate Johnson for the May/June issue of the Astrological Journal that’s on topic.

“It may well be that we are seriously threatened by a new pandemic in 2020-2021,” Barbault opined, grimly expressing in 2011 his concern that such an outcome was a distinct possibility.

Mundane astrologers focus on world affairs and events.  Barbault’s approach to the challenge took a deep dive into history to look for the correlation between astrological influences and pandemics.  His research started with the ancient plague of the 3rd century B.C. and continued into the present.  Along the way he paused to consider the astrological influences impacting what he described as “the worst pandemic in history.”

In 1347–1348, Bubonic Plague, the terrifying “Black Death,” decimated a third of the population of Europe in less than two years – or more lives than were lost in the Hundred Years War between England and France.  Barbault writes that the fast-moving epidemic came from the Mediterranean region in 1347 and contaminated all of Europe.

A Terrible Panic
“The slaughter engendered a terrible panic, which manifested in punitive self flogging and the massacres of Jews and lepers who were held responsible for the plague,” he observed.

One of Barbault’s books, Planetary Cycles Mundane Astrology, was translated into English by the Astrological Association of Great Britain in 2014.  In it the author explained why he often shut himself away “in a remote, faraway place where you can’t guess what’s going on in the world around you.  I had to rid myself of illusions,” he said.

Secluded in this way, the nonagenarian astrologer accurately predicted world events years and sometimes decades in advance.  For example, more than a year before Stalin’s death in 1953 he used the Saturn/Neptune cycle to predict a major transformation of the Soviet system and its ultimate collapse in 1989.  More recently he predicted the world economic crisis of 2008-2010.  And he was spot-on about the current pandemic with its accompanying economic meltdown.

For more than 40 years his predictions published in L’astrologue, a French magazine.

Symbolically, from an astrological perspective, the conjunction aspect marks the end of one cycle and beginning of the next.  The conjoined planets appear to occupy the same degree of the astrological sign they are transiting or passing through.  Astrological Association President Roy Gillett says Barbault undertook a massive investigation into planetary conjunctions involving any combination of the five outer planets, from Jupiter to Pluto.   For this task he used a diagnostic tool, the Cyclic Index, which first was developed by another French astrologer, Henri-Joseph Gouchon, to plot planetary turbulence in times of war and peace.

The Cyclic Index is predicated on the increasing and decreasing degrees of separation between conjoined planetary pairs.  Barbault used this methodology when forecasting major social, cultural and economic events.   He not only predicted the pandemic of 2020 – 21, but looks back from the 14th century to show how certain planetary positions have indicated similar pandemics, Gillett said.

Setting the Stage
Barbault identified certain times in history when the concentration or bunching together of the five slower moving outer planets coincided with epidemics, wars and natural catastrophes.  For example, in 1347 the planets Jupiter, Pluto and Uranus formed a triple conjunction in the astrological sign of Aries while Saturn and Neptune, the other slow pokes, were nearby in the signs of Pisces and Aquarius.  Only 73 degrees separated Uranus and Neptune, the planets framing this grouping.

Similarly, in January 2020, Saturn and Pluto were in a tight conjunction aspect in Capricorn and Jupiter was relatively close by in the same astrological sign.  This five-planet grouping also included Uranus in Taurus and Neptune in Pisces all gathered within about 100 degrees of each other on the 360 degree horoscope wheel.

Unique but similar aspects were observed during other pandemics.  Barbault wrote that the Great Plague of London in 1665 claimed the lives of about 70,000 people, or about 15 to 16 percent of the city’s population.  At the time, Jupiter, Saturn, Uranus and Neptune were gathered within about 40 degrees.  Also, an epidemic of great plague hit Western Europe in 1720-1721 with Marseilles losing 50,000 of its inhabitants. At this time Saturn and a Jupiter-Uranus-Pluto trio were positioned inside an arc of about 60 degrees.

In his Astrological Journal article Barbault writes that the main thing about the work is that it “is is leading to a global vision that embraces diverse situations.  We keep expanding the field of observation, and by broadening our view we reshape our vision of things.”

The Universe is capable of sending mixed messages.  For example, in 1485, Barbault says the impetus for the Renaissance was accompanied by a great plague pandemic called the English sweats, which also ravaged Europe.

“Andre’s basic point is that when the outer planets are close together the impetus for change is strong.  But change can be either beneficial or unbeneficial – it depends on from where you are looking at it.  What’s good for an ant infestation may not be good for my kitchen,” Gillett said.

“The present corona virus is a good example.  From the point of view of global warming, biodiversity, excessive activity and travel, uncontrolled consumption, the quality of the environment, and closer family relationships, the present situation is far more beneficial than anything that could be decided and implemented by human decision.  We are being forced into rethinking and being controlled as we come out of it.

“From the planet’s perception and most creatures on it, this controlling of human activity is beneficial,” he added.

“Andre Barbault’s rigorous research is a deep study of how to know and anticipate social trends and events far into the future.  Properly used, this knowledge could enable government planners to prepare, avoid the worse and navigate actions to create the very best outcomes.

“Barbault’s work stands as a remarkable testament to the value of astrology.  Had he been listened to the 2008 financial crash might have been largely avoided.  And we could have been better prepared for the corona virus pandemic.”

Bio: Edward Snow is Managing Editor of the Astrology News Service (ANS). He is a former news reporter, publicist and public relations executive who has studied astrology for many years.

Learn more about Andre Barbault and his prediction of the 2020 pandemic in the ANS video The Most Significant Prediction made by an Astrologer.