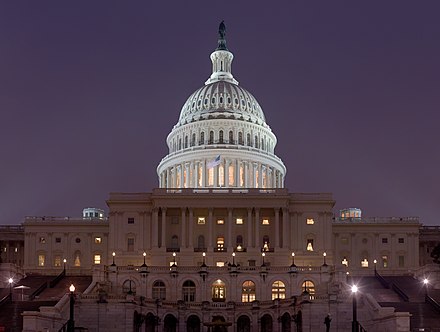 We’ve all seen the videos, the shocking display of thousands of Trump supporters swarming the U.S. Capitol on January 6th, the Feast of Epiphany, in a vain attempt to prevent Congress from certifying Joe Biden’s election victory. It seems some Republican legislators are finally having an epiphany of their own about the dangers of Trumpism, and questioning their former subservience to the President, but we won’t belabor the point.

What I want to do here is explain the celestial factors and precise timing which wrought this debacle, as well as the incredible interconnectedness of specific elements of the story. I chose the pre-colon portion of this title deliberately, because, with the use of asteroids and minor planets, we can see this theme in real-time macrocosmic events which mirror, as always, our microcosmic reality on planet earth.

Because the primary underpinning of the events in D.C. is a square between TNO Chaos and asteroid Washingtonia, embedded into consciousness by the latter’s station retrograde, which occurred one day prior. This is a literal celestial portrayal of “Chaos in Washington,” and it has been some time coming.

Chaos and Washingtonia have been moving toward their waxing square for months, coming to within ten degrees of aspect just a few weeks after the election in November, as Donald Trump’s performance art rejection of his loss began to morph into something more substantial and less reality-based. Trump is a natural agent of Chaos: that minor planet is square to the Sun in his nativity, and he has had transiting Chaos conjunct his Sun for the past five years, since he announced his candidacy. With his Sun/Moon polarity at 22° Gemini and 21° Sagittarius, Trump was the Prime Mover in the chaos about to ensue at the Capitol, stoking conspiracy theories about election theft, and importuning followers to join him in Washington on January 6th for a “wild” day. Minutes before the storming of the Capitol, Trump addressed those who had accepted his invitation to insurrection, exhorting them to march on Congress and make their feelings known. This they did, minutes later.

The day before, Washingtonia had come to its retrograde station at 21° Virgo, within five degrees of its square to transiting Chaos at 26° Gemini. Stationary points are embedded factors in consciousness, the still point upon which the chart revolves, and they exert an influence on character or events disproportionately greater than would normally be the case. Washingtonia at station said, “prepare for something BIG!” The precise manifestation of this was colored by Chaos’ nature, which is to evoke confusion, disorder, pandemonium and anarchy. We’ve certainly seen plenty of that.

A second contributing cause was the square developing between asteroid America and Uranus, which became exact at 6° Aquarius and Taurus on January 5th. America had been traveling with asteroid Bida, the closest celestial referent to Biden, in an extended conjunction that lasted from early summer through the autumn, but had now separated, with Bida sprinting ahead. This allowed the nation to identify with and become acclimated to the concept of a Biden presidency, at the crucial juncture, through the convention, the campaign and the election itself. But Bida and America were no longer one team in the heavens, and as the new year dawned, America was approaching a square to Uranus, the planet of rebellion and upheaval. Portions of the country were ripe for what they have termed a Second American Revolution and Civil War 2, and the confluence of the Washingtonia station squared Chaos — with the perfection of the America/Uranus square on the same day — provoked the abortive Epiphany Coup. With America was inflammatory Jupiter at 4° Aquarius, heightening tensions and expanding the Uranian volatility, as well as Saturn at 2° Aquarius, focusing the ire of the masses on the government generally, and the legislature specifically.

So much for the more macro elements of the macro. Let’s twist that celestial kaleidoscope one more level and refine the story even more because we can pinpoint the particulars more precisely, especially the venue for the riots.

Both the Senate chamber and the House of Representatives were targeted and desecrated in the insurrection. The Senate is ably depicted by asteroid Senator, which at 19° Sagittarius ties to Chaos by opposition, and Washingtonia by square. Completing a Grand Cross is Neptune at 18° Pisces, adding its special blend of confusion, deception, fantasy or inability to accept reality, and fanatical zealotry displayed by many of the crowd, all of which should be obvious in their application to the story.

A second Grand Cross incorporates asteroid House, a useful designation for the House of Representatives, which at 21° Cancer opposes the Sun at 16° Capricorn, putting the House in focus for the day, as well as Pluto at 24° Capricorn, prompting criminal activity and the display of raw power. The crossbar of the pattern is a conjunction of TNO Eris at 23° and Mars at 29° of hotheaded Aries, and the Moon in Libra, more of which later. Eris represents strife and division, and populations which consider themselves to be marginalized, abused or in some way disrespected; Mars is anger and violence. Again, their place in the saga should be apparent.

The Moon represents the people, the masses; when House Speaker Nancy Pelosi gaveled in the Congress at 1:05 p.m. EST for their certification of Biden’s victory, the proximate cause of the rebellion, the Moon at 21° Libra was exactly squaring House. It had transited to 22° Libra before the Capitol was actually breached, and proceeded to 23° Libra, exactly opposing Eris, as the sack continued for hours. Similarly, Mars made its ingress into more slothful Taurus during the riot, at about 5:28 p.m. EST, as things were winding down in a leisurely fashion, and just before the DC mayor’s 6 p.m. curfew began.

We’ve now established more of the venue and associated energies. Let’s give another twist to the kaleidoscope, and see some of the key players. U.S. Representative Paul Gosar (R-AZ) was the first to object to certifying Biden’s win, when he disputed Arizona’s electoral votes. Asteroid Paul at 26° Virgo conjoins Washingtonia and squares Chaos exactly. Asteroid Gosal is the closest the cosmos can currently provide to his surname; at 17° Cancer, Gosal conjoins House and opposes the Sun by one degree. This effectively aligns Paul Gosar with both Grand Crosses for the day.

Senator Ted Cruz (R-TX) was the first to sign on to Gosar’s objection, giving it official sanction and prompting debate. Born Rafael Edward Cruz, he is represented by asteroid Cruz, which at 18° Aries conjoins Eris, squaring the Sun and House, while opposing the Moon. Asteroid Rafaelta (a feminine form of Rafael – the cosmos is gender-blind) at 19° Pisces conjoins Neptune and ties Cruz to the other Grand Cross. Additionally, asteroid Eduarda, (a Portuguese feminine variant of Edward) appears at 14° Gemini, exactly opposing Whitehouse, portraying Cruz’ servile adherence to the President’s agenda.

One rioter was shot and killed by Capitol Police: 35-year-old Ashli Babbitt, an Air Force veteran and avid Trump supporter. Her adherence to Trump can be seen in asteroid Ashley (more traditional spelling of Ashli), which at 15° Pisces conjoins Neptune (making her a martyr for her cause?) and squaring Whitehouse, which is conjoined by asteroid Babette (closest phonetically to Babbitt) at 16° Sagittarius. Babette also conjoins asteroid Senator, for the Senate corridor where she met her end. Her death is prefigured in a Thor’s Hammer, a fated pattern similar to a Yod, created by Ashli and Babette squared each other and both sesquiquadrate to asteroid Atropos at 1° Leo, named for the mythic Greek Fate who severs the thread of life at death.

And what of Donald J. Trump? Never fear, he’s right there in the thick of it, as any good agent of Chaos would be. The President is represented by asteroid Troemper, which at 21° Taurus is in a T-square, opposing asteroid Nemesis at 25° Scorpio and squared Damocles at 24° Aquarius. Nemesis indicates ruin, downfall and undoing, often self-created; Damocles is the doom hanging overhead, disaster just waiting to fall. As the Prime Mover in this insurgency, Trump’s celestial association with these energies is more than apt.

But Troemper also conjoins TNO Sedna at 27° Taurus, a point which represents isolation; growing calls for Trump’s removal from office, by whatever means, before the final two weeks of his tenure have expired, and defections from even stalwart former supporters in the administration, Cabinet and GOP at large have increased. Due to his failed Epiphany Coup, Donald Trump could find himself increasingly isolated, with the realization that the ruin and pending doom he has created, just may be his own.

Bio: Alex Miller is a professional writer and astrologer, specializing in deep space points and minor bodies of the solar system. A past president of Philadelphia Astrological Society and currently a member of the board for the Philadelphia chapter of NCGR, Alex is the author of The Black Hole Book, detailing the use of black holes in astrological interpretation, and Cat o’ Nine Tales, a memoir of his cat rescue work. He has been chronicling the effects of asteroids and other minor bodies since 2005, much of which can be found at his website: alexasteroidastrology. Alex can be reached at glaktix@verizon.net