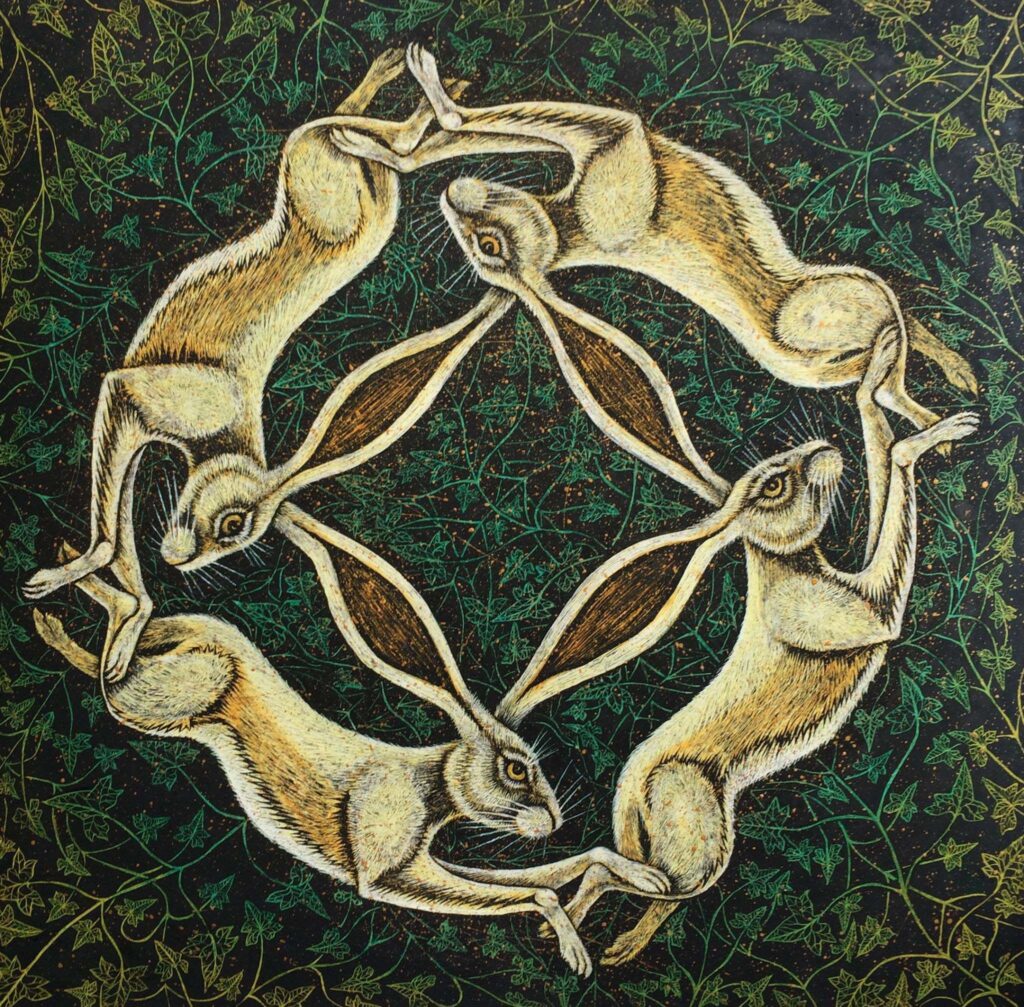 As the Sun leaves Capricorn, I always get a sense that the New Year has actually begun. Capricorn, somewhat stubbornly, likes to trawl the last 10 days of the previous year with it into the new one – a muddy hoof print in our otherwise ‘pristine’ plans for the days ahead. Perhaps, it serves as a poignant reminder that there is no pure tabla rasa in life. At least, I don’t believe there to be. We always drag a little of the past with us into the present, even if it’s only to shed it at some future point.

Capricorn builds the tower. Aquarius launches off it into the abyss.

With knees bent, poised to plunge, we have a very compelling Cazimi, Sun-Pluto Conjunction this week. The cazimi is a curious astrological concept defined by a sun conjunction of 17 minutes or less – though interpretations do vary. Poetically speaking, a cazimi is described as a planet being ‘in the heart of the sun.” This more metaphorical definition implies a kind of concentricity that I think Capricorn’s structural inclinations would swoon over.

With this very potent transformational portal temporarily opened, it seems highly probable that an opportunity for redefinition will present itself. As power dynamics will likely be involved, we’ll either pass through with a fierce masochistic twinkle in our eye or be ripped through the time-space continuum attempting to drag all of our baggage with us.

Either way, persistence plays a key function. After all,  “what we resist, persists,” says Jung.

We’ve also received the boon of Mercury stationing direct in Capricorn this week. The weeks-long reflection on boundary work hopefully paved the way for us to put them into place. You forged the bricks and now it’s time to build the wall… or maybe just an aesthetically-pleasing fence. No razorwire is necessary for the playground, folks. How can we practice firmness while still being compassionate?

I believe Prentis Hemphill said it best: Boundaries are the distance at which I can love you and me simultaneously.

As the atmospheric river continues to unleash itself on California and the glow of the Capricornian sun fades on the horizon, I find myself contemplating the earth’s power to absorb. She just soaks it all up, doesn’t she? She grounds the most powerful electrical forces, drinks in the torrential rains, and smothers out the scalding blaze of the hottest flames. In a lot of ways, she is the elemental equalizer. Though, she still carries her own imbalances. Gosh, I would hate to be buried alive.

Fire, water, and air/ether are perhaps the more obvious organic purifiers. However, the wonder of the earth is in her capacity to absorb – her receptivity. The charcoal cylinders in my water filter absorb but are not harmed by the toxins that would otherwise harm my body. On a much grander scale, this is a receptivity that we too oft exploit via a plethora of pollution streams. Even then, long after we’ve caused our own demise I wager that Earth will find a way to ultimately absorb and digest whatever pestilential sludge is born from centuries of industrial waste. With enough patience – a few macrocosmic turnings of the wheel per se – life will yet again grow from her purified and fertile ground. Persistence.

It is this stability from which Aquarius makes its acrobatic leap. The phases of the Zodiac are inextricably linked. I wager that the Uranian mad genius is only afforded certain freedoms by the structure arising from the sign that precedes it. Without any feet on the ground, the lightning strike of insight will overcharge the system rather than produce anything of collective utility. Capricorn is the trusty surge protector that keeps your latest technological tools safe from being destroyed by the very elemental force that powers their existence.

Finally, the Lunar New Year lands just a few days after the sun bursts into Aquarius. Uranus will also be the sole remaining planet to go direct (in Taurus) on this day. Eureka! Forward movement – the stuff that progress is made of. As we leave these final vestiges of the previous year behind us and look toward our loftiest aspirations, let us leverage Capricorn as a ‘filthy’ insulator – the swamp from which the lotus flower blooms. No matter how successful we become, we all need the friend that reminds us where we came from. One of those very friends in my own life used to say: the dirt ain’t dirty. It seems like now would be an opportune time for a mud bath.

Exploring the Lunar Cycle from New Moon to New Moon: January 21 through February 20