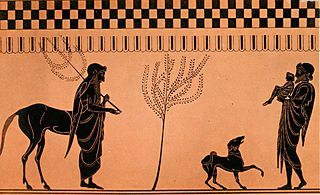 Over the last month, the Moon has waxed and waned in interplay with distant planets, the Centaurs (first Pholus, then Okyrhoe and Nessus, and now Chariklo). This follows what Chiron began in spring, when he opposed the Full Moon at 8º18’ Libra on March 28. Chiron is now retrograde, along with all these Centaurs. Retracing, re-aligning, reviewing are retrograde themes — here applied in terms of our energy, emotion, health, and interpersonal awareness.

Now it is summer up north and we are amid the Full Moons that follow Eclipses. June’s Full Moon at Capricorn 3º27’ (FM) was the first of two sequential lunations in Saturn-ruled signs that also closely conjoined Centaurs. The first highlighted Pholus retrograde at 4º25’ Capricorn, and then the July 23 FM at 1º26’ Aquarius, closely conjoined Chariklo. Now retrograding through early Aquarius, Chariklo will spend the autumn back in Capricorn – criss-crossing her (heliocentric) North Node at 0º42’ Aquarius. Consistently, the New and Full Moons of summer 2021 interact with the Centaurs in ways that accelerate and intensify the effects of these lunations while clarifying their meanings for us.

It is mid-2021, and clouds of fire gather. Turkey and Greece have grappled with catastrophic fires caused by climate change and worsening the refugee crisis. In the USA, forest fires send smoke that carries into lungs situated on the farther coast, adding to the billows of billionaire exhaust from burning excess capital to kindle fever dreams of interspace colonialism of men who have accumulated too much. In the words of ska band Ruder Than You, there’s a “Space shuttle blowing off in my face/ but we got something here called the human race” / “Shooting all our money off into the air, but what comes down won’t feed you.” (1) (from Swallow Blood)

In contrast to this status quo, we can look to the example of Chariklo, whose rainfalls of grace are apparent in July’s Aquarian Pleiadian Symbol: “From a blue sky a torrent of rain suddenly begins to fall.” (2) With the Aquarian Full Moon channeling Chariklo, we can too, as we breathe (when and where possible) into the potential to make greater healing space for all of us down here on Earth.

2021’s major aspect, playing out everywhere, is the square between Saturn and Uranus — an aspect of strife, the quaking earth gives way to new forms or else. These two outer planets also demarcate essential Centaur turf: most Centaur planets orbit within the range of distance from the Sun falling between Saturn and Uranus, with some (like Pholus and Nessus) extending toward Neptune’s dimension as well.

Chiron and Chariklo each inhabit this realm of friction between the known and unknown. It is the static electricity generated by their transits between these layers of experience (of the embodied and the etheric) that make Centaurs so exciting to know and work with.

2020 itself was marked by the cardinal square between Chiron and Pholus (implicated strongly in the pandemic). Chariklo was always front and center in the year’s action, making a stellium of the Saturn-Pluto conjunction in 2020, and with the Great Conjunction of Jupiter-Saturn, as she trailed into the sign of Aquarius weeks after the giants did.

The Great Conjunction in early Aquarius already helped us ring in the year that would follow 2020: Jupiter and Saturn together launched the fully fledged Age of Air. They met at the place on the zodiac where centaurs Pholus and Chariklo both intersect the ecliptic (their planetary Nodes) – also conjunct July’s FM at 1º26’ Aquarius. (3)

Incidentally, July’s New Moon (NM) at 18º Cancer served to guide us through these lunations: firstly, because all New Moons in Luna’s own sign may inherently be times for healing; also because this Moon began its new cycle with Sol in an exact trine to Okyrhoe – the daughter of Chiron and Chariklo. As Oracle, she is the nymph counterpart to Pholus (at least metaphysically). This Cancer NM linked our story from the “lid coming off” (Melanie Reinhart’s keynote for Pholus) to finding our soul amid the wreckage, those themes which Moons linking Pholus and Chariklo can afford us. Okyrhoe is still conjunct fellow Centaur Nessus, so the New Moon aspected each of these healing planets and boosted their presence in our lives.

If Pholus blows the lid right off situations (and he does!) then a Full Moon was sure to move that process along. What popped off for you, and society, in June? One of its most heart-rending manifestations springs forth from below the colonialist underworld in Canada and the USA in tragic testament to the power of the Centaurs, especially those like Nessus which traverse toward the Plutonian sphere. The past months have brought to light the unmarked graves of thousands of native children in the earth around Christian re-education camps. Pholus exposes what is chthonic, and who along with Nessus is a psychopomp to the Plutonic realms. Pholus patiently awaits the visitor to his cave deep below the earth, and pours out visionary brew to the worthy guest. The keyword with Pholus is catharsis, which can be a painful experience even when necessary for healing. Speaking in Canada, indigenous professor Niigaanwewidam Sinclair of Manitoba University said: “Now is the time to create a country different than that which we have inherited.” (5)

To quote astrologer Hummingbird Star: “The surfacing of these remains is so literal to the moment we are in: hard proof, literally buried skeletons, the bones left by the life-eating forces of colonialism…” She notes how Canada appears to be ahead of the USA in facing its collective, colonial shadow. The existence of the Truth and Reconciliation Commission established in 2007 through 2015 shows that to be the case (although evaluating it is beyond our scope). As for the USA, “Could anything built on so much death, so much stealing, so many horrors, possibly be “great”? From an energetic and spiritual standpoint, there’s no question here… If you understand the reality of America, you understand that “focusing on the positive” is like prepping for a deadly hurricane by saying positive affirmations. The shadow of this country is CATCHING UP.” Naturally this “shadow work” aligns with the biggest of all planetary cycles, the Pluto Return which is coming up in February 2022 – and comprises a double Nessus Return, too. (6)

On the other hand, the guide to the Full Moons that followed is healer Chariklo, closely conjunct the 1º26’ Aquarius FM. Chariklo at her North Node is poised. She is where she is supposed to be. As the Sun entered the tropical sign of Leo, it lit up the Nodal Axis of these Centaurs, preparing for the Full Moon conjunct Chariklo near her own North Node. This is an opportunity to receive her graces in fulfillment of her potential with and for us. A Full Moon with Chariklo is a healing lunation.

Societally, her presence marking the Full Moon that hits during so many retrogrades casts a bright light on how healing must occur and progress can be made, or there is no hope. Recent revelations are painful in the extreme for the native communities who mourn their relatives. Hope comes from transfer of leadership positions (and land) into indigenous hands. We can look to inspiration from the first indigenous Governor General in Canada, Mary Simon, and the USA’s first Native American Cabinet Secretary, Deb Haaland. May they be the “Small Cause and Big Effects” of justice in the 21st Century — in the memorable phrase by Robert von Heeren.

It is worth noting that Sec. Haaland was born with Chariklo in Aquarius, too. At her birth on December 2, 1960, the healing centaur was precisely opposed to its future discovery placement in Leo. She also has Jupiter and Saturn widely conjunct in Capricorn, at the waning phase of the Age of Earth’s Great Conjunction. As Secretary of the Interior at this pivotal moment, she is a rare leader empowered at the right time, and has launched an investigation into the history (and preservation of) sites within the present United States.

We do not read headlines bearing words like “generational healing” and “old wounds” that often, but these have found their way into the front page during these cathartic lunations. “Post-pandemic,” there is a collective desire to return to “normal,” to live life as we once did. Yet we are living in the present and not the past. Chariklo’s sense of personal space as sacred space, as living joyfully within one’s boundaries, leads the way for us to remain centered in our sense of evolving social contracts. Now, with the Leo New Moon already waxing, we are in a rare window between two Aquarius Full Moons. The second, on August 22 will conjoin Jupiter. The August 8 New Moon at 16°14’ Leo conjoined asteroid Pompeja 203 – a body brought to my attention by an article about how the asteroid’s bright red color indicates how it (along with Justitia 269) may actually be a former Centaur, trapped within Jupiter’s gravity to become a main-belt asteroid. (7) The planets that are deepest red are, incidentally, Pholus and Nessus.

Of course the subject of Pompeja 203 connotes what is preserved after the destructive forces of earth overwhelm a civilization. The asteroid’s discovery degree is 17° Aries (where it transited on September 25, 1879); the Pleiadian Symbol for that degree: “An ancient crone and her shadow talking to each other.”

Having passed through the “Lion’s Gate portal” of 8/8, aligned with the New Moon of Leo conjunct proto-centaur Pompeja, the Moon waxes toward Aquarian Jupiter for the next Full Moon on August 22. The September 6 New Moon at 14°36’ Virgo will precisely align opposite Okyrhoe and Nessus. At least the long road to healing looks like it is clearly marked ahead.

(Editor’s note: This is slightly edited version of  David Leskowitz’s article from The Centaur Space, August 9, 2021.)

(2) The Pleiadian Symbols are John Sandbach’s re-working of the Sabians.

(3) Read the author’s wonderful article Crafting a Future with the Centaur’s Cosmic Sandpaper: 2020 Transits of Chiron, Pholus and Chariklo.

(4) See David’s lecture. He writes: “I will donate half of any proceeds from lecture sales to True North Aid and truenorthaid.givecloud

(5) The Path to Accountability for Canada Residential School Graves

(6) Thanks to Hummingbird Star, see her work at Activist Astro

Bio: David Leskowitz has worked with the Centaurs ever since he started learning astrology. Researching their role in visionary breakthroughs across history, he found unique ways to work with them in astrology, magic, and healing. David co-leads events that open us to the Centaurs’ energy and guidance. Find his astrological consulting and healing work at The Centaurs Space