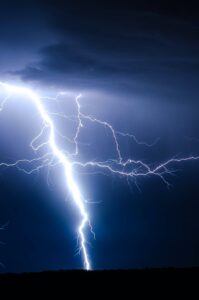 The Jupiter–Uranus cycle blends spheres of life that seem incompatible but these realms can (and must) find a common ground for discussion and room for reciprocity between the planet’s respective aims. Broadly speaking, Jupiter rules religion and philosophy, and Uranus rules science and technology. Shared dialogue among these fields is critical during climate-challenged times, especially to reject greed and misplaced zeal hastening Earth’s destruction and for humanity to recover its investment in the Earth and its global community.

Geologist, eco-philosopher, and theologian Thomas Berry expressed that we need a new story, or new cosmology, if we are to step back from the edge of catastrophic destruction. I suggest that a deeper appreciation for the Jupiter–Uranus cycle could help pen that new story. However, the challenges are many because Jupiterian forces can (and often do) ignore that catastrophic edge for the sake of growth, expansion, and profit, and there’s no denying that natural disasters under Uranus’s stormy purview can push communities over that edge.

This is a gross oversimplication, of course, but natural systems and cycles (i.e., the hydrologic cycle) operate according to optimum rhythms (Uranus) between the Earth and sky. When systems are pushed beyond their limits (Jupiter’s specialty) through pollution or are burdened beyond their carrying capacity, climate change can result. The extreme storms, melting glaciers, and droughts we experience or see in the news are only a few possible manifestations of this cycle. Yet, this doesn’t have to create environmental havoc because Jupiter and Uranus can facilitate brilliant, problem-solving solutions and inventions. But as happens with all systems, what you get out of them will be no better than what you put into them.

Bottom line, the story Berry envisioned requires us to tap into both the numinous and scientific dimensions of life and to embrace the essential quest at the heart of this cycle. Twenty-first century Jedi Knights need to touch the sky for their hopeful collective perspective, and they need to embrace the Force for change and growth. (Yes, Return of the Jedi came out in 1983, the year Jupiter and Uranus conjoined anew in Sagittarius.) (1)

This desirable collective viewpoint that focuses on the greater good deserving protection, unleashes a type of electricity into our social discourse. Uranus rules phenomenal forces of nature, united movements, and revolutions toward freedom. These expressions of Uranian energy are curiously analogous. During a 1752 thunderstorm, Founding Father Benjamin Franklin collected “lightning in a bottle,” some two Jupiter orbits before the American Revolution, forever linking those two events. Franklin’s natal Aquarius Mercury (Uranian thinking!) opposed his Uranus/Pluto midpoint (in Leo), which supported his intellectual curiosity about nature’s primal forces — and the same aspects enflamed and emboldened his freedom-loving heart.

More indirect Jupiter–Uranus inflections can also be influential, for example, Franklin and the entire American-founding generation were natives of the 1650 Uranus–Neptune cycle — which launched in fiery Sagittarius that year (i.e., involved Uranus, but disposed by Jupiter). Scientifically, Franklin would have then been aware of British scientist Thomas Browne’s electricity-related research, published in 1646 (four years before the cycle launched). And so, by April 1748, as Jupiter conjoined Uranus at 16°39’ Aquarius, the cosmic stage was set for Franklin’s quest to understand electricity and other related matters.

The American Revolution unfolded during the 1775 Jupiter–Uranus cycle, which kicked off at 3°24’ Gemini, on June 8 of that year. Significantly, Paul Revere made his revolutionary midnight ride in April 1775 when the 1650 Jupiter-disposed, Uranus–Neptune cycle (in Sagittarius) approached its waning third-quarter square.

Browne’s work informed the early modern period’s scientific revolution, which energized the Enlightenment era and the celebration of another type of “lightning in a bottle” — bold intellectual curiosity. Although 18th-century Enlightenment thinking was filled with Jupiter–Uranus intellectual excesses (“I think, therefore I am”), that era also brought anti-monarchy and the American and French Revolutions, both grounded in reason-based “greater goods” of “liberty, equality, and fraternity.” Jupiter and Uranus remained in the new phase of the 1775 Gemini cycle when our US founders threw down the gauntlet with George III and issued the Declaration of Independence in July 1776. And when France erupted into Revolution in May 1789, Jupiter and Uranus were within 8° of conjunction. (The cycle perfected at 3°29’ Leo in June 1789.)

Now, fast-forwarding to contemporary times, Ukraine has had its own revolutionary relationship with this cycle (and others) since its post-Soviet Union existence. When the presidents of Ukraine, Belarus, and Russia recognized each others’ independence in the Belovezh Accords of December 8, 1991, both the Jupiter–Uranus and Jupiter–Neptune cycles were in a waning trine (in Virgo–Capricorn). (2)

These trines were possible because Uranus and Neptune were approaching their earth-shaking Capricorn conjunction in 1993. In fact, most of the geopolitical earthquakes that dissolved the then-Soviet Union into 15 independent nations between 1989 and 1991 would be related to this Jupiter–Uranus–Neptune triad influence, along with Saturn empowered in Aquarius, lending institutional clout to the entire mix.

For its part, Saturn formed new cycles with Uranus at 29°55’ Sagittarius in February 1988, and with Neptune at 11°54’ Capricorn in March 1989. It then proceeded to transit over both “partners,” disposing the Capricorn juggernaut forming between them. By the time the Russian Federation flag flew over Moscow in December 1991, Saturn migrated into its Uranian comfort zone, Aquarius.

• In the late 1980s, when Jupiter in Cancer opposed Uranus in Capricorn (first exact in April 1989), an opportunity to push for independence presented itself to hopeful idealists.
• During August 1990 to September 1991, while Jupiter in Leo had on-and-off squared Pluto in Scorpio, possibilities for independence encountered crises and obstacles.
• On September 12, 1991, when Jupiter entered Virgo (and perfected earlier-mentioned trines to Uranus and Neptune in Capricorn), it was understood that independence for the former Soviet satellites was within reach and that the Cold War, as we had known it, was coming to an end.

Interestingly, it took until the third-quarter phase of both the 2010 Jupiter–Uranus and 2009 Jupiter–Neptune cycles for Russia’s Vladimir Putin to focus on reacquiring Ukraine. Caught up in delusions of reconstituting the Soviet Union and restoring Russia’s czarist glory, Putin built up Russian forces along Ukraine’s borders under the pretext of “exercises” in early 2021. And then, in February 2022, the Russian military invaded Kyiv under the misguided idea that the city would be quickly taken and its citizens would welcome them as liberators. This began approximately two years after Saturn returned to Aquarius (reminiscent of its early 1990s passage) and formed a new cycle, conjoining Jupiter in December 2020. Also notable in the 2022 invasion chart, was the deeply waning (balsamic) relationship of Jupiter and Neptune in Pisces and the waning Jupiter–Uranus sextile in Taurus.

Putin has tried to justify his recent unprovoked aggression — which actually started with smaller, incremental attempts to reclaim chunks of Ukrainian territory in February 2014 when Jupiter was in Cancer and squared Uranus in Aries. (3) He claimed that Ukraine never was a nation in its own right — that it’s always been a part of Russia — even though Ukrainian historians have centuries of evidence to the contrary. Reason and facts hold no weight with Putin, however, unless they support what he wants. So, his brutal invasion has unfolded as one long, unjustifiable crime against humanity, driven by not only his ambitions, but even more troublingly, his total indifference to human suffering and lives lost.

The tragic death toll has touched not only Ukraine, but Russia itself, where soldiers have been fed a distorted, delusionary picture of their Ukrainian neighbors, being told they’re “fascists” who must be eradicated or forcibly absorbed into Russian society. Meanwhile, in addition to Ukrainian deaths, approximately 80,000 Russian soldiers have been lost, and counting. (4)

Putin’s provocative actions don’t end there. By choking off Ukraine’s ability to export and feed the world with its grain and other agricultural-related products, hundreds of thousands of people in other nations have suffered as well. Perhaps Putin chose the timing of his invasion around the 2022 Jupiter–Uranus sextile because of his natal waning Jupiter–Uranus sextile from Taurus to Cancer. But one way or another, he seems to resonate with this cycle in all the wrong ways. (5) The toxic excesses of intellectual brilliance can have a lot in common with megalomania.

Raye Robertson is a practicing astrologer, writer and former educator. A graduate of the Faculty of Astrological Studies (U.K.), Raye focuses on mundane, collective-oriented astrology, with a particular interest in current affairs, U.S. history, culture and media, the astrology of generations, and public concerns such as education and health. She’s published articles on these topics in several key astrology journals over the years. Her blog, which is temporarily suspended for the sake of longer-term projects, can be viewed at Diary of a Mundane Astrologer. The article seen here is an excerpt (with modifications) from an e-book she is currently writing about outer planetary cycles and the challenge of American autocracy. For information about individual chart readings, contact: robertsonraye@gmail.com.