Michael Avenatti, famous as the lawyer who represented Stormy Daniels in a lawsuit against Donald Trump, has had his own wild time in the spotlight. 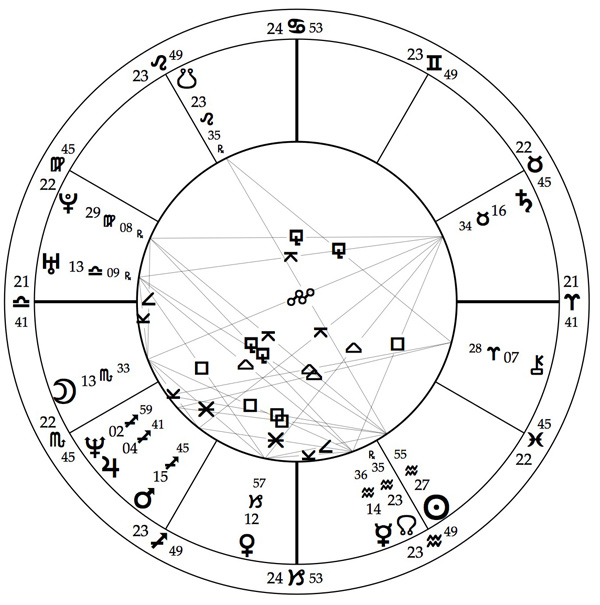 The solar eclipse on February 15 this year was at 27º Aquarius, conjunct his natal Sun and the U.S. Moon, also at 27º Aquarius — a perfect picture of an individual (Sun) rocketing into the national public awareness (Moon).

Certainly, a portion of the population was excited by his arrival on the national stage, with his passionate advocacy of Ms. Daniels and his aggressive confrontation of Donald Trump.

Avenatti’s Sun at 27º55’ Aquarius is opposite the president’s Mars and Ascendant, a good position for a visible, and perhaps formidable, opponent. (These two men might be recreating a long-held rivalry: Each man’s South Node conjoins the other man’s Mars.) 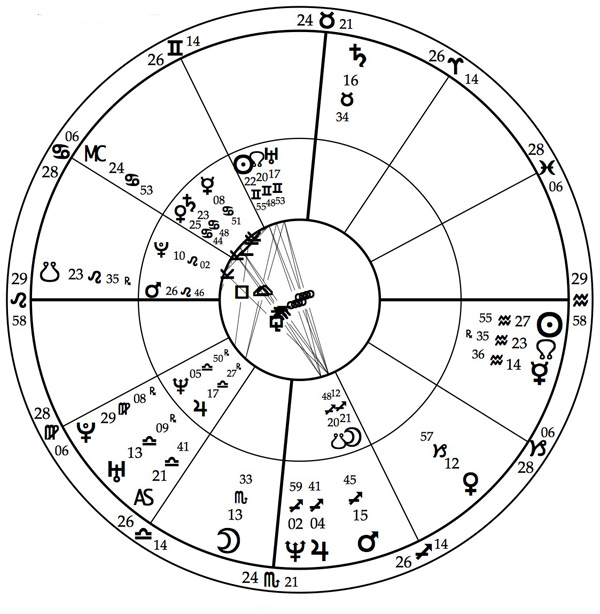 With natal Mars and Jupiter in Sagittarius, this lawyer (and professional race car driver) was unabashed in his criticism of President Trump. By late summer, Avenatti was publicly considering a presidential run himself, stating: “‘We don’t want another candidate that just has a lot of experience,’ he said. ‘Democrats need to nominate somebody who can actually beat this guy.’” (2)

A solar eclipse on your birthday always brings an eventful year; the February 2018 eclipse began a very high-profile period for Michael Avenatti. In March 2018, he filed the lawsuit on behalf of Ms. Daniels in an attempt to void a nondisclosure agreement that she had previously signed. He was a frequent guest on cable news programs to discuss the case.

However, Avenatti had legal troubles of his own — including financial matters concerning his law firm and criticism for his handling of a sexual misconduct claim by Julie Swetnick against Brett Kavanaugh, who was confirmed to the Supreme Court in November.

Nonetheless, Avenatti ran his first political ad on November 1, 2018. Quite soon thereafter, he was arrested on “suspicion of domestic violence,” and on December 4 he announced he would not run for president. (3) 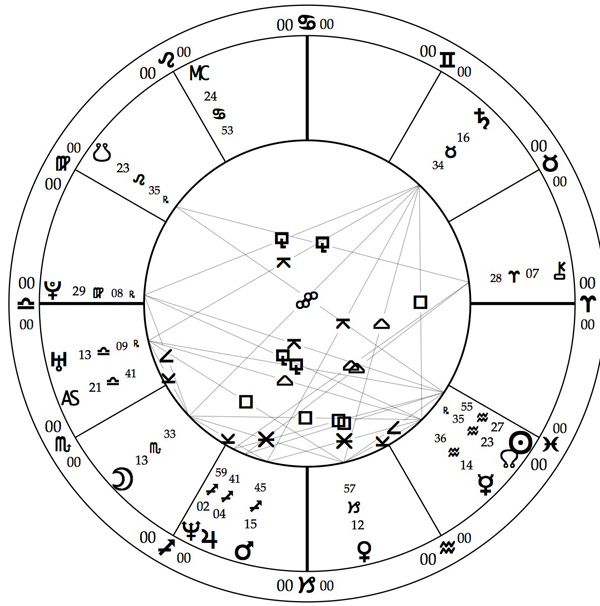 Avenatti’s natal Mercury is at 14º36’ Aquarius; the transiting South Node was at 14º59’ Aquarius on his birthday (and the solar eclipse) this year. The South Node suggests loss or depletion, and the 12th house is known as the house of difficulties, hidden enemies, and self-undoing — not a happy omen for the year. Further indications can be seen by transiting Mercury (the Lord of the Year) being conjunct the solar eclipse Sun. 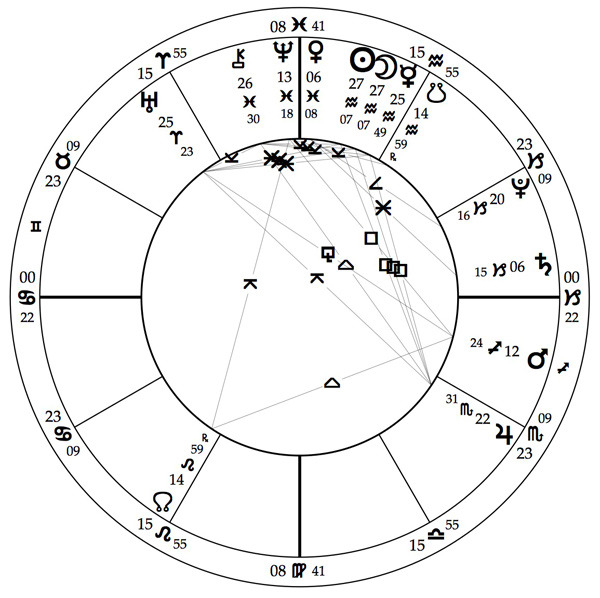 And finally, regarding Avenatti’s current situation, note that the progressed Moon is at 23º Leo, conjunct the natal South Node in the 10th — one’s reputation and career. 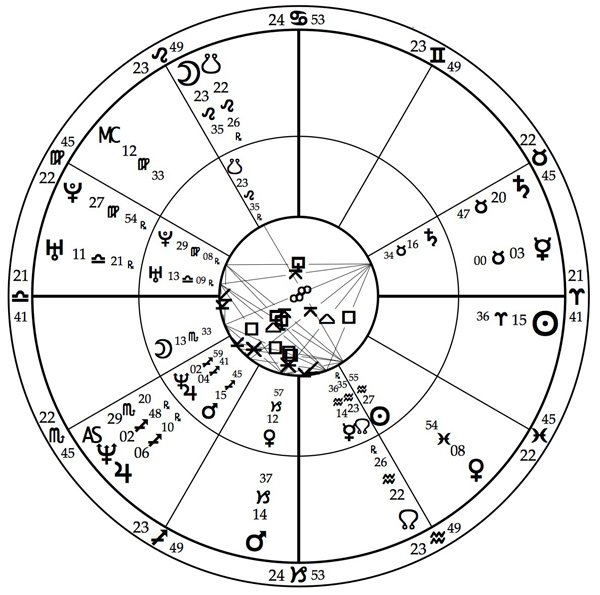 Michael is active on Twitter. On December 5, he wrote: “To those who say the Dems do not need a fighter to beat Trump, they need just the opposite, I ask this: When is the last time a kid avoided getting his butt kicked by a bully by citing poetry? The party may not like it, but they will lose without a fighter.”

(3) “Avenatti called the allegations ‘completely bogus’ and ‘fabricated and meant to do harm to my reputation.’ Both of his ex-wives issued statements that Avenatti had never been violent toward either of them. The county district attorney declined to press charges and referred the case to the city attorney for possible misdemeanor charges.”
Wikipedia