The U.S. Sibly chart began a progressed lunar cycle (the 8th since the country’s founding) in October 1994 with a New Moon at 19°50’ Aquarius. This cycle will end on March 25, 2024 when a new cycle begins at 19°27’ Pisces.  The 3rd quarter of the current cycle began on March 2, 2017. The transits, eclipses and outer planetary cycles during this time period—not to mention our daily news—all concur that this current timeframe is significant. Timing is everything, of course: daily events gain significance during the final years of a progressed 3rd quarter because they signal unfinished business to complete and outworn realities to purge, so that the way will be open for new developments.

Tracking significant planetary dynamics within a national progressed cycle allows us to analyze history and current events from a more nuanced perspective. This progressed 3rd quarter (P3Q) has provided an underlying theme that transits and key planetary cycles have since worked to manifest and shape.

We’ll revisit the 2017 P3Q cycle chart to discern how it has supported the several crises we’ve been experiencing, with special focus on: 1) the ongoing pandemic that has killed over 100,000 Americans and ravaged state economies; and 2) the outpouring of protest over police brutality against Black individuals that seems significantly different this time for its diversity, its resonance and its longevity. Both instances feel fittingly Neptunian, considering where this cycle phase launched. The collective has been literally overtaken by contagion, expressed through health, through dollars flowing in fits and starts through the economy just to keep us afloat, and through public sentiment. Both crises have attracted floods of outrage and attempts to deflect blame and misinformation, but they’ve also stirred deep compassion, grief, dedication and sacrifice.

From where I’m sitting, the nation seems to have developed a feeling for collective action and gratitude that has been lying dormant; there are even signs that we may be reconsidering some deeply-held values and norms and questioning others. In regards to the protests, can I dare say that we’re turning a corner in terms of civic spirit and a desire to improve life for everyone in this nation? It would be premature to celebrate, but there is hope.

We are now about mid-way through this Sibly P3Q cycle—is there a light at the end of this distressing tunnel, after all? 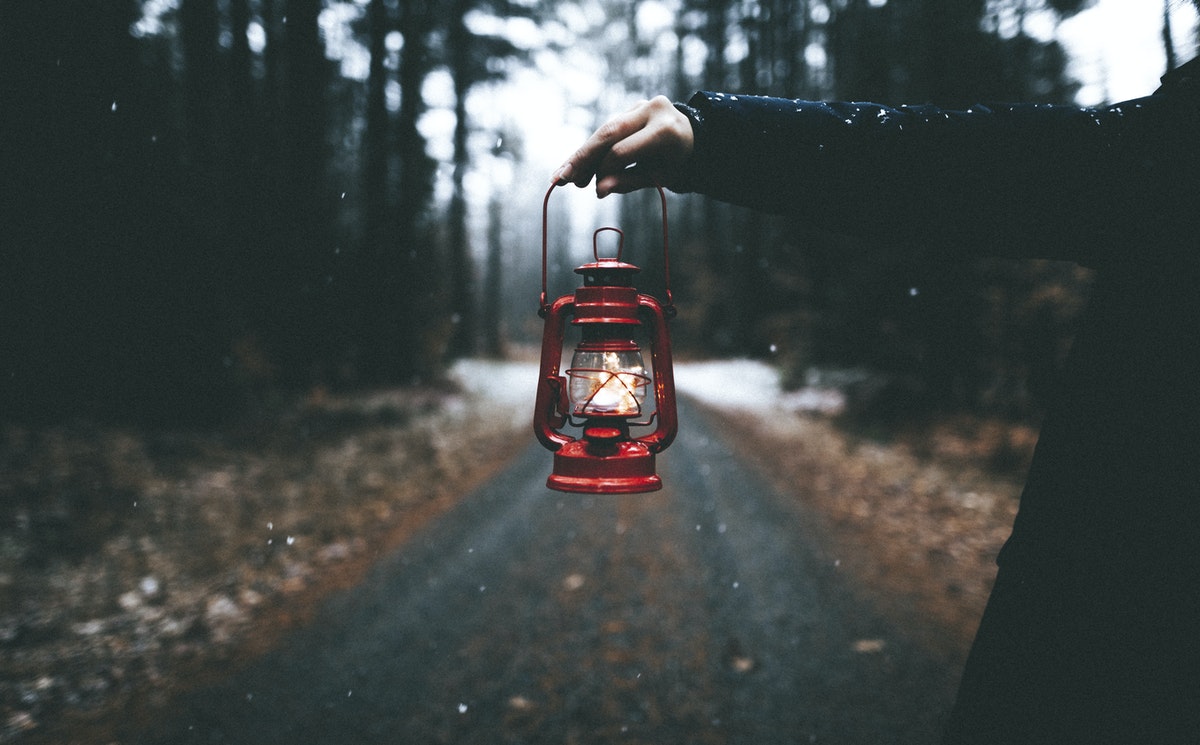 The nation’s progressed lunar cycle (roughly 30 years) reflects the evolution of the U.S. from its revolutionary roots, and with its predictable stages it reveals the always amazing ways in which history repeats and builds upon itself.

Because the Sun in a national chart represents the nation-at-large and the executive (president, prime minister, monarch, etc.), and the Moon represents the people, the relationship between these two luminaries speaks to the evolution of our so-called social contract. Since the Sibly chart features a forward-thinking, rebellious but collective-minded Aquarius Moon, and a growth-and-security oriented Cancer Sun, it’s no surprise that Americans have had a love/hate relationship with government from the get-go.  Even more interesting is how that relationship has evolved over 240 years of history—it’s all there, if we dig deep enough. For now, however, let’s look at today’s picture:

Since this cycle’s 1994 launch, our role and stature in the world have both taken a beating. The U.S. economy has shed millions of well-paid jobs and replaced many of those with a no-benefits “gig” economy that only deepens wealth inequality and grass roots instability. We’ve been through one Wall Street-related major recession, recovered, and sunk into another, pandemic-related one. Our public sector (infrastructures, schools and cities) has suffered from lack of investment, and climate change is now an observable, increasingly costly reality.

Adding to the overwhelm are our toxic, unresolved and perpetual Middle Eastern wars, especially driven by the rise of terrorism in the second half of the 1982 Saturn-Pluto cycle. (1) Today, this “war against terror” feels like it’s been one long delusional Faustian trap.

Perhaps at the root of all the above is the overwhelming flood of corporate money which was gradually unleashed on our political system during this 1994 progressed cycle which culminated in the Supreme Court’s January 21, 2010 Citizens United decision. Looking at the transits for that day, Uranus and Neptune were still in mutual reception and Jupiter had just ingressed Pisces, sextile Capricorn Pluto. (2) Corporations were lounging in the “fabled catbird seat.”

No wonder we’ve seen deep public anger throughout the past two election cycles: calls for fundamental, systemic change to address extreme wealth inequality and police brutality are sounding, loud and clear. Fortunately, the 2020-2024 remainder of this 3rd quarter could support our positive evolution, but not without honestly confronting uncomfortable realities. Unfortunately, it would also be possible to take a major step backwards.

Let’s review the beginning of the progressed 3rd quarter phase, and what this chart can tell us about today’s tough challenges. We’ll examine a tri-wheel that shows the 3rd quarter chart (middle ring) and the transits for that day (outer ring) set around the U.S. (Sibly) chart (inner ring). 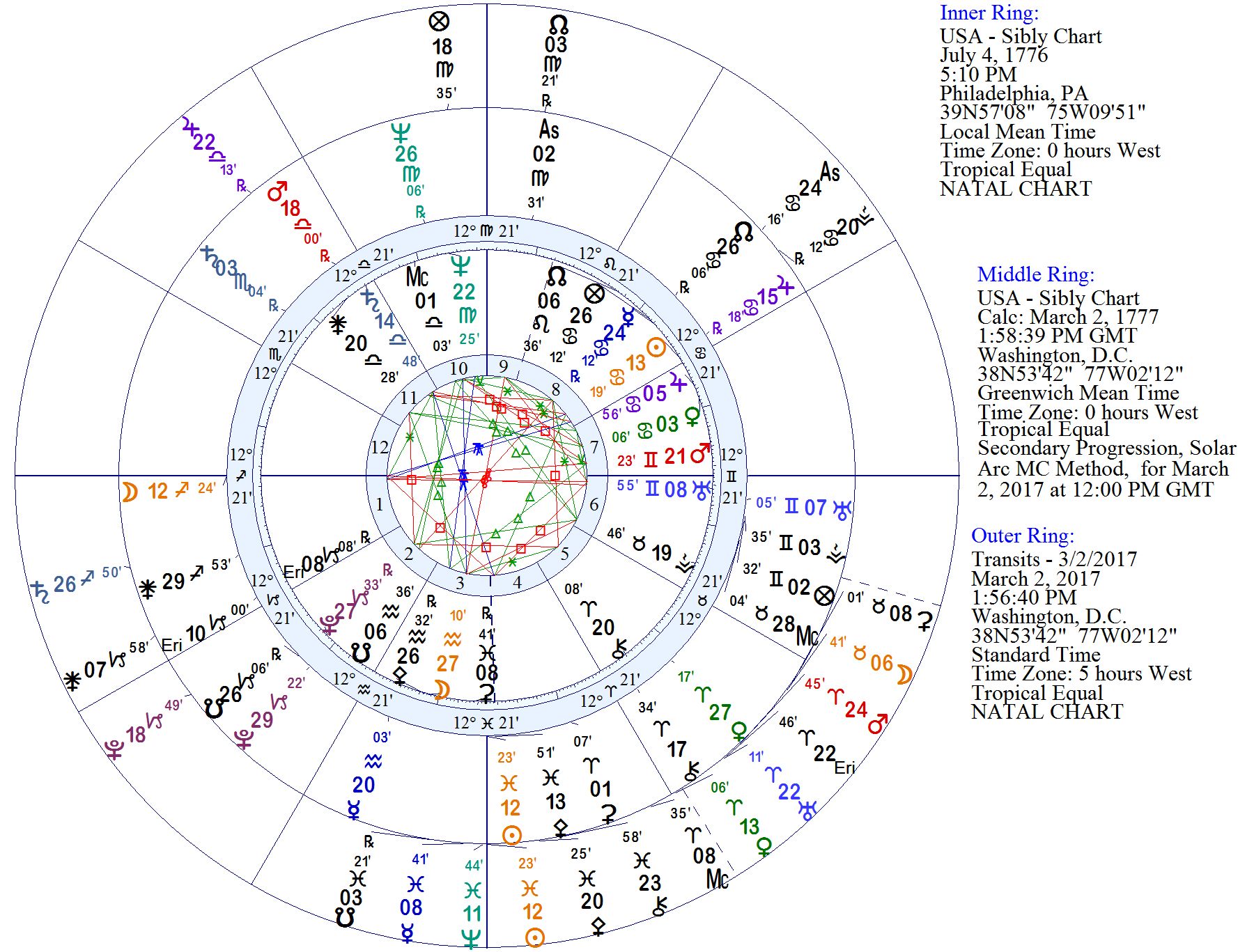 Nations develop “itchy trigger fingers” with intense configurations like this; the U.S. executive (progressed Sun) could be inclined to use force to assert dominance and authority, but in Sagittarius, the people (progressed Moon) will be animated and demanding. Note also, this 1994 progressed lunation cycle began at the same degree as the Sibly radix Moon (27° Aquarius), so the focus is on the people, for better or worse. Hard aspects to the Sibly horizon can signal civil unrest, even tragedy (i.e., Saturn-Pluto transits on September 11, 2001). Jupiter rules the Sibly chart from sensitive Cancer, which disposes our Moon: if we’re not feeling optimistic and secure, things can easily go sideways.

Such incidents could be galvanizing, but this progressed quarter’s mutability suggests Neptunian divisiveness and turmoil (progressed Sun = transit Neptune). Growing internal unrest and a grass roots (4th house) prone to illusions and epidemic disease (Pisces) has made COVID-19 a “perfect storm” challenge. The progressed Sun in the 4th square to 6th house Sibly Uranus (Pisces-Gemini) reflects divisions between the grass roots and military/public servants—in other words, the police reform issues we’re now dealing with.

Mars conjunct Saturn in cardinal signs denotes aggressive, controlling impulses, which are pumped up by transiting Jupiter squaring both transit (18°) and radix Sibly (27°) Pluto in Capricorn, promising economic fall-out and corporate concerns. Progressed Mars Rx stimulates Congress (Sibly Saturn) to act, but action may fall short. This all confirmed the need to re-engineer the role of law enforcement in society during this cycle phase. Mars has been retrograde by progression since 2006, and the role of law enforcement has too often defaulted into intolerant, toxic behavior, rather than the “protect and serve” motto of police departments across the country. Saturn rules the law-making function; placed in Libra it suggests that the U.S. is supposed to have “checks and balances” within the system. Progressed Mars trine to Sibly Mars/Uranus (15° Gemini) hints that that government attempts to assert dominance could backfire.

Adding to the intensity,  Mars disposes progressed Venus in Aries, which squares Sibly Mercury, ruler of the 7th house of open enemies and the 10th house of reputation —  this speaks to the U.S. military’s involvement in the world. Progressed Venus squares Sibly Pluto, ruling the Scorpio 12th suggesting a more behind-the-scenes dimension to government activities—especially in regards to negotiations, resources and finances.

Legislation to radically reduce prison populations (12th house) and to reform the corporate prison industry also fits here. Unfortunately, Neptune’s 12th house association with pandemics is also on display. (Earlier, in 2016-17, the world faced a Zika virus threat.)  We’re seeing that pandemics can have horrid economic repercussions, too: progressed Venus’s role in “take-no-prisoners” Aries, square the Sibly Pluto-Mercury opposition (Wall Street and corporate sidekicks) was significant. The progressed Venus sextile to Sibly Moon suggested the public would find ways to thrive and participate during this time, despite the strained economic times.

Mercury rules the Virgo Ascendant of this 3rd quarter chart, rendering the Aquarius placement more potent. Mercury rules media and we can expect a frustrating lack of transparency (progressed Mercury inconjunct Sibly Neptune) when it comes to military or health (Virgo) matters and to actions taken in our name on the world stage (Mercury also rules the Sibly 10th). And so, it has happened — the government’s response to COVID-19 has been muddled and frustratingly divisive. We’ve withdrawn support for the Paris Accord and WHO, and are pulling out of key arms control treaties among other shocking moves.  Transiting Mars (27° Aries) is conjunct transiting Uranus (27° Aries) and both are sextile radix Mars adding a further potential for volatility. Unfortunately, this only adds to the urgency for police reform.

If we mapped the key planetary cycles since 1994 we would see that the big dramatic events in our history have happened during significant cycle moments. For instance, the 9/11 attacks happened during the progressed first quarter, a phase when challenges are introduced that will continue to develop over an extended period. The 2008 recession coincided with the culminating second quarter opposition phase, transitioning us into the waning half of this progressed cycle. We’ve been struggling with its fall-out in our politics and society ever since the 2008 recession.

So how will we complete this cycle between now and 2024? Hopefully by working to resolve deeply karmic issues like racism. Hopefully by fortifying our systems for managing collective crises, and by focusing on and privileging facts over hype. None of this will be easy with a new Pisces progressed cycle looming in 2024, but we’ve been given a cosmic window for getting it right.

(1) Saturn and Pluto were conjunct at 27°35’ Libra in November 1982. The second half of the cycle began with the opposition in August 2001 and ended with the next conjunction in January 2020.

Bio: Raye Robertson is a practicing astrologer, writer and former educator. A graduate of the Faculty of Astrological Studies (U.K.), Raye focuses on mundane, collective-oriented astrology, with a particular interest in current affairs, culture and media, the astrology of generations, and public concerns such as education and health. Several of her articles on these topics have been featured in TMA and other publications over the years. Her blog can be found at https://www.diaryofamundaneastrologer.net.