While many astrologers have discussed the US Pluto Return, few have mentioned the interplay between the Uranus, Neptune, and Pluto cycles. The beauty of these celestial spheres is that these three planets’ orbits resonate closely with one another: Uranus and Pluto have a close three-to-one ratio, while two Pluto orbits around the Sun equal three Neptune orbits. 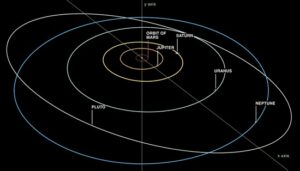 Consequently, as the US goes through its Pluto Return, it’s also going through its third Uranus Return. At the same time, Neptune has completed one return and is now opposing its natal place. In the big picture, accounting for slight differences in the exact ratios, the US is experiencing a veritable triple outer-planet whammy.

The US Neptune is located at 22°25’ Virgo and has been opposed by transiting Neptune since early 2021. Although transiting Neptune completed its three exact oppositions to natal Neptune in 2021, it turns direct on December 3, at 22°38’ Pisces — only 0°13’ from making a fourth opposition. The scandals and uncertainty hanging over the national scene will likely escalate through this last phase of Neptune’s influence. As it happens, the 2022 mid-term elections and political fallout will be immersed in this heavy duty transit. 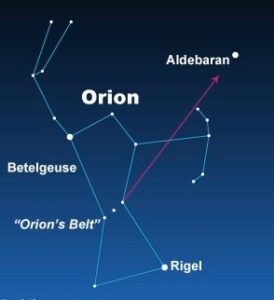 Astrologer Evangeline Adams understood the importance of Uranus in the US horoscope, and in 1930, she made a forecast about the second Uranus Return — she thought there would be a major war. Using the first Uranus Return in 1861 as a guide, she thought it would be similar to a civil war.

What happened instead was World War II, which was as horrific as the American Civil War. Of course, the Uranus Return doesn’t operate in isolation but evolves out of pre-existing conditions. As it stands now, the US is intensely divided in a civil war-like atmosphere along political party lines. Uranus in Gemini tends to suggest splits on a large scale.

On August 20, transiting Mars enters Gemini. Due to its every-other-year retrograde cycle, Mars will spend an unusually lengthy time in this sign — through late March 2023. This Mars cycle will likely shape the epic Uranus Return of 2027–28.

Editor’s note: Michael O’Reilly has written extensively on the US Pluto Return and the intense issues that mark this era as a major turning point in the nation’s history. Read his thoughts here: Neptune Cafe/The US Pluto Return

Michael O’Reilly is a professional astrologer and counselor specializing in the use of political and evolutionary astrology. His recently published book, The Ultimate Book of Astrology Books, is a collection of book reviews he wrote for Dell Horoscope magazine between 1993 and 2020. Visit his website at Neptune Cafe or emailwolfstar3@aol.com.