I have studied astrology for a long time and, like many of you, fascination with and regard for the subject is unceasing. I can make connections to my natal chart (and in my life story) that incline me towards appreciating a wide perspective in astrological techniques, and (inspired by an obituary) I’m looking again at the centaur Pholus. 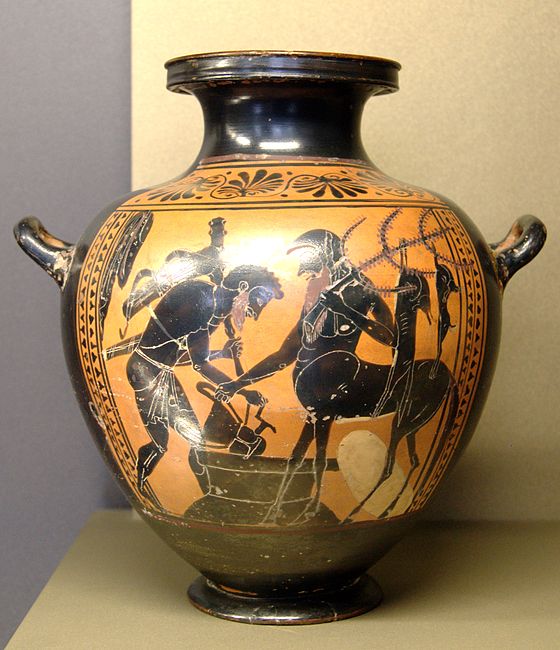 Pholus, known in astronomical nomenclature as a centaur — a sub-category within the minor planet category — was discovered in January 1992. Named for mythological centaurs, Pholus (and Nessus, discovered in 1993) are connected to the most gifted centaur, Chiron. (1) Chiron was discovered in 1977 and traveled alone until his companions began to be sighted. There are now more than 100 minor planets, but Pholus and Nessus were the first to be discovered. They share some of Chiron’s unique astronomical properties — they come from outside our solar system and have highly elliptical orbits.

The bodies from “outside our solar system” are boundary crossers — they cross the boundaries of the orbits of Saturn and Uranus, Neptune and Pluto. As such, they are connected to transgressing, going past established norms or limits, or having experiences outside of ordinary time and space. In client work, the positions of Nessus and Pholus can be seen in the storylines of those working with generational issues, and may reveal a heretofore hidden ancestral pattern. These visitors from the great beyond can help establish a large enough container to create the space to work the complex, multi-faceted and invisible experiences that many experience. Those drawn to shamanic practices, ancestral healing and soul retrieval work are in the realms where the centaurs dwell.

To focus on Pholus, his orbit is between Saturn and Neptune and part of his mythic story is connected to wine. Pholus was the guardian of a special wine that gets uncorked prematurely, creating a temporarily wildly intoxicating and chaotic situation. It can be seen as describing a process that gets “uncorked” or released, and it cannot be put back. Melanie Reinhart, my friend and mentor in these matters, has famously said of Pholus: “The lid comes off.”

When I remember those words, I always think of a client who was embroiled in a very painful situation, marked by the presence of Pholus in family members’ natal, solar return, and progressed charts. My heartbroken client said, “I just want things to go back to the way they were.”  In this situation, things were not going “to go back,” as what had seemed like an insignificant act on his part had unleashed an unweildy process.

This especially poignant moment in the counseling room evoked the myth: Pholus died by a self-inflicted and accidental wound from the poison on the tip of one of Hercules’s arrows.

The association with the tip of the arrow leading to unseen consequences also connects Pholus (described by Robert von Heeren) to “small cause and a big effect” — small decisions or actions that precipitate lasting and unforeseen events.

She was a poet, author, psychedelic activist and companion of Timothy Leary. She was 26 when she began “began an intense romantic odyssey that lasted from 1972 to 1977.” At the age if 30, they had separated and she was “ready to start her life over.”

In 2013, she published her memoir, Tripping the Bardo With Timothy Leary: My Psychedelic Love Story. She wrote that it took her three decades to absorb and “compost” her experience with him. “I followed him off that precipice, and my family, nationality and sanity were fragmented beyond recognition.”

The connection between Pholus as the lid coming off and small cause and a big effect seems very congruent with LSD, where as “little as 20 micrograms can produce a noticeable effect.” (3)

(Timothy Leary’s Ascendant is 9°50’ Sagittarius with Pholus sitting right there at 13°03’ Sagittarius.) (4)

Ms. Harcourt-Smith passed away at home as transiting Jupiter and Pluto was at 22° Capricorn, with Jupiter at 18° and Saturn at 25° Capricorn, all of which triggered the natal cardinal T-square.

Errol Morris’s documentary based on her life is scheduled to air on Showtime on November 29.

Transiting Pholus is in Capricorn from October 2019 until 2040. Pholus has also been connected with viruses (aka, small cause, big effect). See Melanie Reinhart’s extensive research on Coronavirus.

Have a good week everyone, I know we are all doing the best we can to enjoy each moment of our often strange circumstances. Stay safe. Stay kind. I’m glad we’re all here together.

(1) There are lots of sources for Pholus in myth. Here are a few:
Zane Stein: Pholus