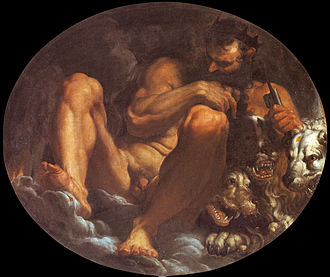 If the news seems unusually intense right now, there’s a reason for that — several, actually. But I’d like to focus here on one in particular: Pluto is crawling to a stop, and will be reversing directions on April 27th. During the entire time a planet slows down like this, it exerts a “branding iron” effect that can extend for days or even weeks on either side, especially when that involves a super-slow-mover like Pluto.

But what does this mean in terms of Pluto, specifically?

Among other things, Pluto energies can manifest as turbulent, unresolved emotions erupting to the surface, causing people to act out in dramatic or sometimes even violent ways. Issues of power and control move to the forefront — who has it, who doesn’t? At best, it can force us to deal with issues that have long been festering and kept tightly under wraps, hopefully resulting in a constructive resolution of some sort. Sometimes, that Plutonian “uncovering” process can even result in important discoveries of a historical or even scientific nature.

But there is one area I think is worth paying special attention to these next couple of weeks. While a Pluto station certainly has a global impact that affects people the world over, I’d suggest that this one is serving as an early trigger for the U.S. Pluto return that will be climaxing these next few years. Even though that aspect won’t technically be exact until 2022 (with sidereal astrologers putting that date back to 2024), it’s certainly within spitting distance, the result being that station points like this can act as “sneak previews” of what to expect when a major aspect like this actually becomes exact.

So what can we expect? I’ve written about the U.S. Pluto return in more detail elsewhere (my 2019 article for TMA has been posted at Astro.com) but among those things I think we can expect in the coming days is a continuing mood of civil unrest, especially in terms of the United States having to confront its legacy of slavery, racism, and treatment of minorities generally (including Latinos, Native Americans, Muslims, Asian Americans, and the LGBTQ community). For too long, the U.S. has tried hard to avoid looking too closely at its history of injustices in these areas, but that spirit of denial may be hard to maintain under the mounting pressures of Pluto.

It’s also likely things could get especially contentious in D.C. over the coming days in terms of proposed legislation around such issues as voting rights, expanding the Supreme Court, or even addressing the Jan. 6th insurrection. (Look to Senators Joe Manchin and Krysten Sinema to play an especially oversized role in these and other deliberations.) Sadly, mass shootings seem to be happening with greater frequency lately, as are police-related deaths. It hardly seems accidental that the Derek Chauvin trial reached its conclusion during this Pluto station, with a verdict that has already been called a breakthrough in accountability and justice for African-Americans, albeit a modest one. (Perhaps it’s even synchronistic the very same day the verdict was announced, archaeologists announced they discovered the family home of Harriet Tubman — historically one of America’s most important crusaders for African-American rights.)

It’s too early to say whether Americans will rally to the cause and inaugurate a rebirth of the national spirit during this first Pluto return — or succumb to the darker impulses of what that distant planet unveils for us. One way or another, we could be getting some telling clues in the days immediately ahead. I’d suggest paying particular attention to the April 24th to 30th period for observing its maximum effect.

Bio: Ray Grasse is associate editor of The Mountain Astrologer magazine, and author of several books, including StarGates: Essays on Astrology, Symbolism, and the Synchronistic Universe, and The Sky Stretched Out Before Me: Encounters with Mystics, Anomalies, and Waking Dreams. His website is Ray Grasse.com.