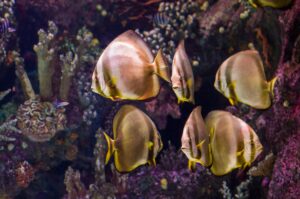 The Sun is said to be the ego. The first house, defined by the Ascendant, is called the “House of Self.”

What is ego? For some people on a spiritual path, the “ego” is the obstacle. I don’t agree with this negative definition. In a psychological sense, the ego is simply our sense of identity, our sense of self. The symbol for the Sun is the dot at the centre of a circle and is one of the most powerful symbols. With this image, we can see the self at the centre.

Since both the Sun and Ascendant are connected to our sense of self, is there some sort of competition between the two?

Liz Greene says that it’s not possible to practice astrology without a philosophy. My philosophy is captured in a basic metaphysical statement: “We are spirits in the material world. The body is our vehicle.”

Since we are spirits, our natural environment is the spiritual world. When we are in the spiritual world, we have no birth chart, no Sun sign, and no Ascendant. The material world is life as we know it on Earth, where we live wearing bodies of flesh, surrounded with the natural world and human society. I believe we regularly reincarnate, and with my underlying philosophy and belief, I have imagined a metaphor. I visualize visiting the bottom of the sea — representative of life on earth and the material world. And the Ascendant, our body, is a submarine, and the Sun, who we really are at the core, our spirit, is the driver.

Imagine you’re planning to visit the bottom of the sea to see the beautiful fish. The sea is very deep, and you can’t go just as you are. There is lots of pressure deep down and you won’t be able to breathe. You need a vessel of some kind — so, you embark in a small one, a submarine.

Now this may sound very like the Cartesian notion of the ghost in the machine, so please don’t forget that this is just a metaphor. Our bodies are not machines. Body, mind, and spirit are much more deeply intertwined than that. I would rather think of our bodies as extensions of ourselves rather than mere containers. But, hopefully the metaphor is good enough for my point. One day the body dies, and yet we survive. Once the submarine dies, our driving style — our incarnated personality — disappears as well.

This is how I understand the Ascendant and the first house. It is our “incarnated personality.” My view is consistent with what we know about houses: they are about the most material expression of energies. The Ascendant, Descendant, MC, and IC form what astrological tradition calls the Cross of Matter.

The way the submarine behaves at the bottom of the sea is an expression of the intentions of the driver. The submarine is not just a “mask” that hides the authentic being within. There are various types of submarines. In my own chart, Cancer is rising, a very sensitive sign. My submarine carries cameras, probes, and antennae. I’m able to sense the environment with great accuracy. This also makes me somewhat fragile. Please don’t shout in my sonar! I’m here to detect subtle vibrations.

I am driving this Cancerian type of submarine on a Scorpio expedition: my Sun placement. The purpose of this incarnation has something to do with confronting intense emotions, exploring the unconscious side of the mind, and other such matters. If my Sun were Scorpio and my Ascendant were Sagittarius, I would have a thicker skin; and I would confront intense emotions as an adventurer, stepping out of my comfort zone. With Cancer rising, the intensity comes to my home. I’m more like a scorpion hiding under a rock.

We usually say that the Ascendant is how we appear. Words are tricky. To appear means “to look like” — but it doesn’t only mean this. To appear means “to become visible.” The Sun becomes visible in the morning on the eastern horizon. Everything that rises appears in the east. We are spiritual beings. Spirits are invisible. We become visible thanks to our physical body. That’s our Ascendant.

Psychological studies have shown that there is a correlation between how birth happened and how well people do later in life. First impressions and first moments always have a great impact. We appear not only as our body, but also through our behaviour, which is on the surface. If I’m being polite towards you, it’s behaviour. You can see that I’m being polite, but you don’t know why. Maybe I am a complete hypocrite. Maybe I am polite because I have something to sell and it would be foolish to be rude. Maybe I just wish to avoid trouble. But maybe I am genuinely treating you politely because I do respect and love you. What comes up to the surface may come from the depth of my heart. But, if I am a hypocrite or if I am playing poker, then I am using the Ascendant as a mask. We have this choice.

I’ve seen videos where psychologists analyse video recordings of people who are lying like, for instance, politicians. I am not saying that all politicians are lying, but surely some do at times. Looking closely, psychologists can see that the body language of liars betrays them. There are subtle clues. Everything comes up to the surface actually, in more or less obvious ways. However, even if everything comes to the surface, we are not able to show ourselves as we are deep within. We can’t expect people to plug themselves directly into us and perceive our soul with absolute clarity. Maybe a very gifted psychic can do that, but surely not every lover can.

The alternative to being psychically perceived is to express ourselves. Self-expression: this is what the Sun’s mission is. To ex-press literally means to push out. We need to be creative to express our inner spirit. The Ascendant is the way out. For instance, I just imagined a picture book with little submarines of various colours and shapes interacting at the bottom of the ocean. Even a child could understand what I mean, that’s my Cancer Ascendant.

Metaphors are always approximations for the sake of clarity. The Sun is also the central power, so you may imagine the driver of the submarine as being the power generator. Body, mind, and spirit are intimately connected.

I hope I have given you a few keys to imaginatively interpret your Sun–Ascendant combination.

Jean-Marc Pierson: I was born on November 4, 1961, at 9:30 pm in Laxou, France. I have Scorpio Sun and Cancer Rising. My mother died, I had a dysfunctional step mum, and I had to go to mass every Sunday, I learned a lot. I studied psychology at university, kept sheep and goats in the mountains of the South of France, and found out I was good at storytelling around the time of my progressed New Moon. Storytelling is full of deep teachings and fascinating metaphors but people believe it’s for children. I bought my first astrology manual in 2003, and I moved to London on May 23, 2008 (check the transits!), and watched the economy collapse. I became a self-employed gardener, organized public speaking workshops, and kept studying and reading astrological charts. I also love writing. My website is Astro Stories, jeanmarcpierson.com. Email: astrostories@jeanmarcpierson.com