Here is the the mundane horoscope for the City of Mumbai (when its name changed from Bombay), cast for  August 12, 1996 at midnight: 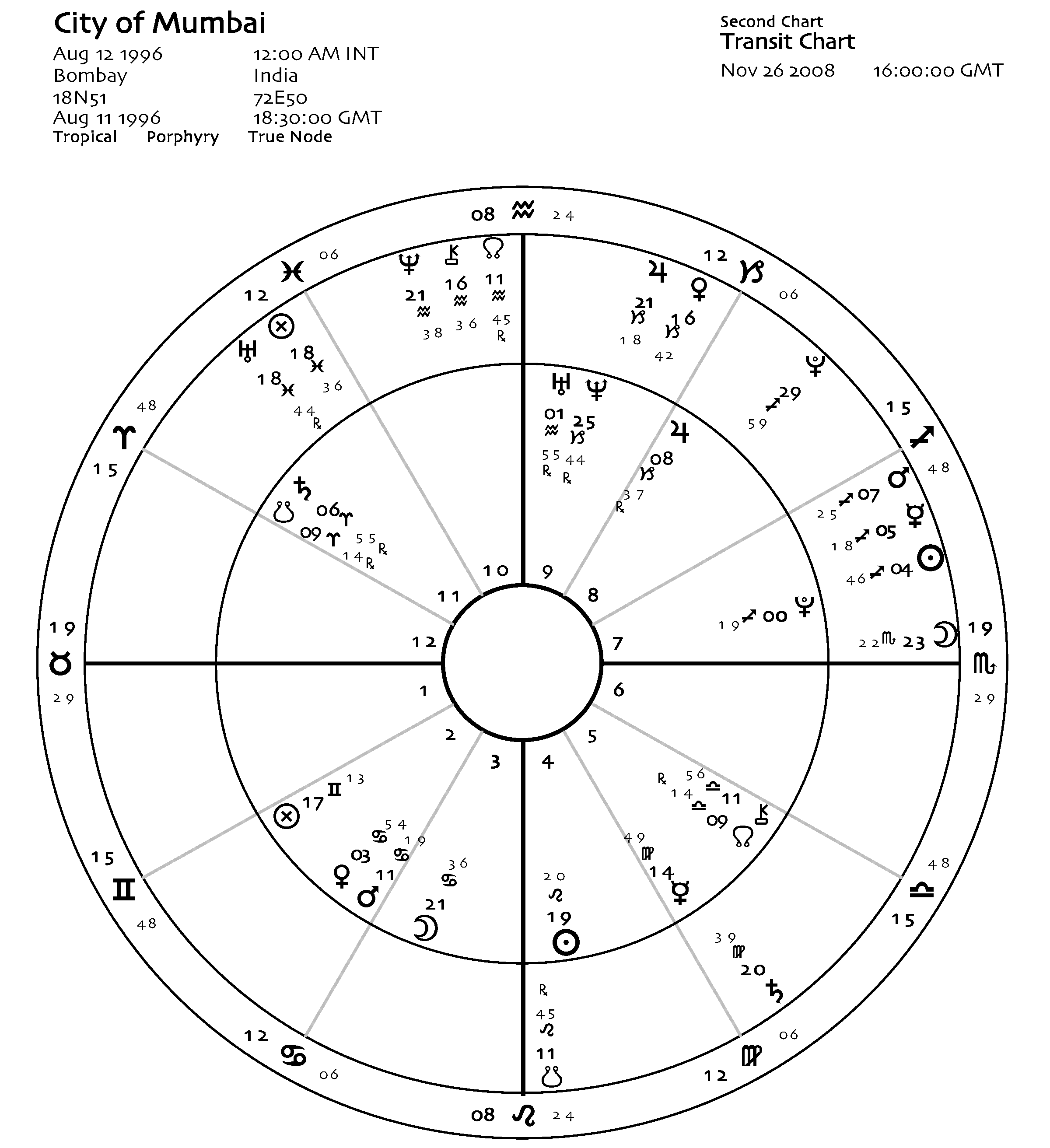 Mumbai has a very rare fallen Cardinal T-Cross comprised of the opposition of Mars in Cancer and Jupiter in Capricorn and each in square to a fallen Saturn in Aries. This aspect configuration can only form once in a century. Just the fallen opposition of Mars and Jupiter alone is considered quite malefic and an aspect such as this occurred in December 1913 at the outbreak of World War I.

This severe debilitation of Jupiter in the mundane horoscope produces an effect wherein the transit of Jupiter can bring the results equivalent to a transiting malefic.

One sees that at the incorporation of Mumbai, Pluto was stationary in 00° Sagittarius. When Muslim extremists launched their terrorist attacks, Pluto was in 29° 59’ 59″ Sagittarius. On the last day of Pluto in Sagittarius (religious extremism and violence committed in the name of religion), it is ironic that a city incorporated at the ingress of Pluto into Sagittarius should have the fate to be attacked as Pluto finally leaves this sign.