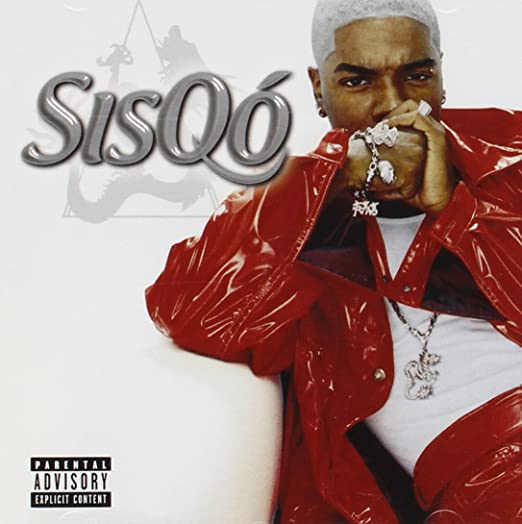 Mark Althavan Andrews — better known under his stage name as Sisqó — is a Grammy-nominated singer, songwriter, dancer, and overall entertainer. A member since the ‘90s of R&B group Dru Hill, he’s known for his high-energy performances, his colorful hair, and perhaps most memorably, his creation of the “Thong Song” in 2000. So when Vice recently featured the “Thong Song” on its docuseries The Story Of, I knew I had to take a closer look at one of the best summer hits of all-time.

Who is Sisqó, and why does he like thongs so much?
I love Sisqó. I love him because he’s just genuinely a sweet guy in his interviews (he was discovered alongside his original groupmates at a fudge shop in Baltimore, where they started a tradition of singing to entertain guests), and I’ve always gotten the vibe that he likes women. Not just in the sexuality way, but in the “women are fun and I like to kick it with them” kind of way. “Thong Song” is more of reverence for an ass in a thong, rather than a demand for an ass in a thong, if that makes sense.

(My Spidey-senses regarding Sisqó’s love of women were confirmed in Sisqó’s episode of Celebrity Wife Swap, where he trades wives with Gerardo Mejia, a.k.a. Rico Suave. It’s revealed in the episode that Sisqó shares household work with his wife Elizabeth, and they do kind of kooky things together, like dressing up in big plastic sauna suits to go exercise. Gerardo is incredibly patriarchal, and his wife Kathy is valued more for her cooking and cleaning than her gift of bringing people together to have a good time. You can tell at the end of the episode that Elizabeth is very excited to see Sisqó, and Kathy is a little sad to be going home.)

Sisqó is a Scorpio Sun with a Pisces Moon. Since the chart is untimed, I don’t have his Rising. (Sisqó, if you’re reading, please send me your birth time! I’ll keep it secret if you want but I’m so curious!) His Sun is exactly conjunct Uranus, almost to the minute, which explains the wild hair colors, the electrifying performances, and the very jolting-yet-precise dance moves — his need to express is STRONG. The general pattern of outer planets in aspect to personal planets demonstrates an ability to speak to a generation, which Sisqó has definitely accomplished. His Venus is also in Scorpio, applying to his Sun. I love this for him because he absolutely transformed aesthetics in the game — when he passionately yells at the sky, when he uses dragon iconography, and even his stint as a vampire on Sabrina the Teenage Witch.

This Sun–Uranus conjunction is sextile Saturn in Virgo, and his Saturn is opposite his Moon. Breaking this down, he has a great work ethic, but can struggle when people don’t believe in “service” the same way that he does. He’s absolutely a great colleague to have around, but can be disappointed when people don’t replicate his sense of responsibility, especially when it comes to support in the industry. He’s the guy that will go above and beyond to give someone opportunities, and when they don’t reciprocate — it hurts. In this interview with Oprah, Sisqó mentions that he struggled in the music industry because he clashed with studio executives over hiring decisions: he wanted to work with his family members, people from Baltimore, and artists he had a relationship with, while the execs battled for established industry professionals. The relationships soured and he was labeled “hard to work with.” He attributes this as his disappearance from pop music after such an explosive and memorable single on his first solo album.

His Jupiter in Leo rules both his Mercury and his Mars in Sagittarius. The spotlight energizes him. He knows he has a bigger purpose and can connect to it through performance. It also means that his energy is like a car that won’t start when he’s forced to do labor that he doesn’t like or believe in. He’s not asking people show up in the exact same way — but they need to show up. What’s beautiful about the making of “Thong Song” is that, in the documentary, we can see the points of brilliance that shine through when there’s an element of collaboration and celebration in the work. Every person featured said they left the project with respect for Sisqó’s artistry. If you loved the strings in “Thong Song,” these Sagittarius placements are absolutely where they come from. Mars co-present with Neptune, two very different planets, demonstrates that almost-otherworldly and high-art nature of the strings (Neptune) in this in-your-face song (Mars).

His Mercury and Mars in Sagittarius are also interesting to me because of his ongoing relationship to cultures other than his own. In the music video for “Thong Song,” you can see the clear influence of Chinese and Japanese culture in his styling and iconography. (“Unleash the Dragon” is also the title track of the album that “Thong Song” appeared on, which had its own Godzilla-inspired video with a multimillion-dollar budget!) In current times, conversations around cultural appropriation vs. cultural appreciation add another layer of nuance to understanding these music videos. I can hold two truths: that some of his work is a product of its time, while also understanding that he saw more expansive and collaborative cultural connections for R&B and pop, and wanted to be a visionary.

Looking at Sisqó’s Moon in Pisces, I can tell that he’s a softie. This makes me so happy for his wife Elizabeth, who I really liked in that episode of Celebrity Wife Swap. I hope they keep their sense of romance for each other — I can see in his chart that he needs a partner who’s his equal, someone he can vent to and be open with.

Released as a single on February 15, 2000, “Thong Song” is an Aquarius Sun with a Gemini Moon, forming an exact trine to the Sun. Since DJs typically drop new music at midnight, and the most popular radio station at the time was New York’s Hot 97, I feel confident about this Gemini Moon. Mars is in Aries, and I’m sure, in some ways, releasing the track was liberating for Sisqó. The inception of the track, and Sisqó’s solo career, was originally intended to buy time for Dru Hill while “Woody Rock” Green took a hiatus from (and eventually left) the group. This Mars placement can definitely speak to a desire to keep his career moving and his need to keep performing. The song’s Sun is in Aquarius, and the chorus was a group effort. In the documentary, Sisqó mentions how after describing his first encounter with a thong, his friends all went on a journey to search for a similarly thrilling experience — the “thong th-thong th-thong” lyric in the chorus was a direct quote from a friend who regaled them with a tale of his successful expedition into someone’s pants.

Mars in Aries, trine the North Node in Leo, makes me think of Sisqó’s very fated pursuit of a Tim & Bob beat that accidently ended up in his hands. Tim & Bob are a songwriting and production duo who, at the time, were working with some of the biggest artists in R&B. The beat for “Thong Song” was originally produced for Michael Jackson, and had accidentally been burned onto a CD for Sisqó. He was told he couldn’t have it, and Sisqó was just like, “What do I have to pay, what do I have to do?” He ended up with it after being persistent. The song has Venus in Capricorn, ruling both Saturn and Jupiter in Taurus. Much like how the story behind the song’s chorus inspired his friends to search for thongs, the way that Sisqó describes this as a journey, an expedition, a pilgrimage, is reinforced by that Venus-ruled Jupiter.

But seeing this chart’s Mercury in Pisces, I immediately think of the legal issues that popped up after the song’s release. One of the lines in the song references “livin’ la vida loca,” a nod to the hit Ricky Martin song, written by Desmond Child. Sisqó never ended up getting this cleared formally, which resulted in a lawsuit. As a result, Desmond Child gets more money every time the song is played than anyone involved in its creation, an oversight that cost millions. Jupiter is at the bendings, meaning that it’s squaring both the North Node and the South Node, indicating some kind of crisis. I also see the South Node conjunct Neptune … oof. As the video implies, I genuinely believe that the issue with this lyric was an oversight, a miscommunication, or some kind of dissolution of verbally agreed-upon terms that actually needed a contract. I also think the South Node signification is hilarious here because we think of the South Node as a place of “release.” Sisqó consistently has to clarify the “she had dumps like a truck” lyric. It was supposed to mean that the way the booty jiggles in the thong is reminiscent of the way a dump truck moves up and down. Many people have misconstrued it to mean something scatological — but if you watch his Wife Swap episode, that guy is a neat freak!

Overall, the “Thong Song” makes me proud to be an Aquarius. I’m happy Sisqó used his capabilities as an electrifying performer for good. If you haven’t listened to him, I suggest starting with Unleash the Dragon, and getting a taste.

Bio: Alyssia Osorio (she/her they/them) is an organizer and astrologer based out of Oakland. She runs Praxis Astrology, bringing 12 years of social justice movement building experience to her astrological work. Alyssia focuses on the intersection of Black, queer liberation and traditional astrology. She hosts the Drunk Astrology Happy Hour, and is certified through the Portland Astrology School. You can follow her at @praxisastrology on twitter, and @praxis_astrology on instagram. She does monthly transit updates on her patreon.