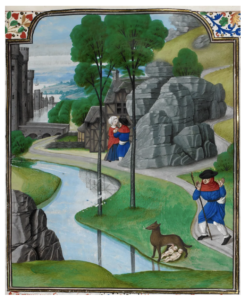 When we look at the volatile relationship between the United States and Russia, it’s hard not to wonder whether there isn’t something deeper at work in this geopolitical dynamic. Is it possible that an archetypal drama is being played out in the historic dance between these two superpowers?

With this in mind, I’d like to suggest that in the relationship of the US and Russia we’re witnessing the two key descendants of the ancient Roman Empire that have survived into modern times. For while the institutions of the Empire have long since disappeared, the spirit of Rome lives on in these two superpowers, each with its own imperialistic ambitions and cultural forms.

Consider the fact that in the year 293 CE, the Roman Empire began dividing into two parts: one centered in the east, Byzantium, the other centered in the west, Rome. In its architecture (e.g., the Kremlin) and alphabet (Cyrillic), the modern Russian nation is the chief inheritor of the Eastern Roman Empire. (Remember the word “Czar” stems from the word “Caesar.”) On the other hand, the US, via England, has its roots in the Western Roman Empire, something visible not just in its architecture (e.g., the Capitol building in DC, inspired by the Roman Pantheon), or its alphabet (Roman/Latin), but in its political vocabulary (“Senate,” “Republican,” and so on).

Seen this way, the tensions between these two superpowers reflect the working out of a schism that actually extends back two millennia.

If we take a hint from depth psychologists like James Hillman, Carl Jung, and Sigmund Freud, the Roman Empire wasn’t simply a political entity but also a particular state of consciousness. In the symbolism of its monumental architecture and imperial policies, Rome reflected a new sense of identity and ego-awareness taking shape in the world. Just as any empire strives to dominate and assimilate the regions in its environment, so the ego strives to assimilate and dominate the outlying regions of the psyche itself. This rudimentary sense of self-awareness represents an important stage in the evolution of consciousness, and with it comes an extraordinary range of new possibilities — but also a new range of problems. That’s because inherent in this ego-awakening is a profound sense of duality, a heightened sense of the self/other dynamic that naturally inclines toward “war,” toward defensiveness and expansionism. In other words, there is a battle inherent within the dynamics of the ego which compels it to defend its own boundaries while broaching those of others. The rise of empires around the world, i.e., Rome, China, and Egypt, were but the tangible expression of that primal ego-awakening, writ large.

Not surprisingly, this reached its climax during the Age of Aries, which lasted roughly from 2100 BCE to 1 CE — the zodiacal era associated with humanity’s ego-awakening. While the Arian Age may be long gone, we’re still contending with its mixed legacy, and an internal self/other conflict.

In a sense, you could say that in the nuclear dance between the US and Russia, we’re witnessing the myth of the “warring brothers” who originally seeded the Roman Empire — Romulus and Remus — now being played out on the global stage. Our relationship as rival nations is thus a deeper and more fraternal one than we’ve suspected. Sharing in the psychic bloodlines from both parents, we’re like split-off portions of an original whole who faintly sense in each other the missing half of our own nature.

The current stage in this ongoing drama of the ego’s evolution is transposed onto the Great Age mutation taking place now as we grapple with the seismic shift from Pisces to Aquarius. As a result, one of these two superpowers (Russia) is noticeably more attuned to the mythos of the fading Piscean Age, not only with its collectivist sensibility and identification with suffering but its deeply religious roots; whereas the other superpower (US) is more attuned to the Aquarian mythos and its more individualistic, capitalistic, and secular values. The resistance of Russia to the US is more broadly a resistance to the modernized West and all it represents, while the antipathy of the US to Russia issues out of a resistance to the archetypal values of the fading Piscean Age.

Seen from this perspective, the tension between these two powers may represent the birth pangs of a new ego-identity struggling to be born — one that’s poised between the extremes of the collective and the individual, between belief and empirical rationality, between religion and science. What form this new mode of being will take, and whether it will ultimately prove a more constructive or destructive force in the world, remains to be seen.

Illustration: Romulus and Remus suckling a she-wolf on the bank of the Tiber River (detail of an illuminated manuscript page from the Romuléon by Benvenuto da Imola, 1480. British Library, London.

Ray Grasse is associate editor of The Mountain Astrologer magazine. This article is excerpted from his most recent book When the Stars Align: Reflection on Astrology, Life, Death, and Other Mysteries (April, 2022). His website is RayGrasse.com.