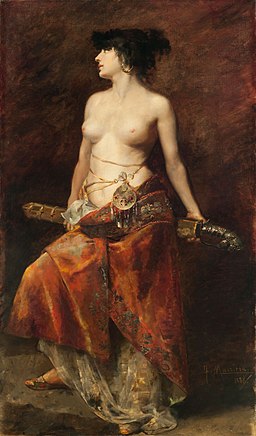 Do not be fooled into believing that Libra is about balance. Balance itself is a goal, a telos, an imperfect practice which is arguably unachievable for humans (remember that Libra is the only zodiacal presence made not of man or beast). Libra is Judgment: it assigns and detracts value, discerns worth, and measures and weighs potability. It is not the harmony-seeking denizen of the arts, it is the inscrutable eye of an impartial philosophy: it thinks in terms of “right and wrong,” “fair or unjust,” but not in terms of kindness. Diplomacy and charm are the glamours Libra casts while it dissects and categorizes you, while it compares you and contrasts you, while it decides who you are by concluding who you are not. As previously stated, Libra is neither man nor beast like the rest of the zodiacal figures are, and therefore there is no beating heart within it — this is why the heart is worn externally: a tool of qualifiable measurement.

“But Libra is Venus-ruled!” you might say — and you are right. But it is in our best interest to remember that Venus is the Guru of demons in Vedic astrology, and that the inimitable and compelling force of Venus swings toward the consuming and corrosive. We must remember
that there is a debilitating terror in beauty, something which plunges its tongue down our throat to swallow what’s hidden deep inside — to consume our secret emotions and our illicit feelings. Every astrologer has their own belief as to why the Sun is essentially debilitated (Fallen) in Libra, but I will maintain that Mirrors make for dis-integrated Egos, and that the Mirror would be as fitting a symbol for Libra as the Scales would be. Note that when I refer to a Mirror, I refer to it as perhaps one of the most universal symbols of the reified and deified feminine spirit
governing over love, relationships, beauty, etc. But I also refer to it, more particularly, as the tool which reflects back the true self to whomever gazes into it. Libra’s preoccupation with “the Other” is often as challenging for the Other as it is for the Libran individual, and when the mirror is polished it serves as a blade which beheads the person wishing to run from their own reflection.

On Monday, September 27th, Mercury began its true retrogradation in the third decan of Libra. Mercury walks backwards through the Libran Underworld (the occluded side of the mirror) where he met the Sun on Saturday, October 9th for katabasis rites and the ritual renunciation of rumors. He will keep his recessive gait until this coming Monday, October 18th, where he shares his direct station with Jupiter in Aquarius. Mercury stations direct at Libra’s tenth degree, which represents the initiation into the second decan of Libra, where Saturn takes the throne. I believe it will be this second decan of Libra which most colors our experience of this retrograde, and more importantly, the Saturnine dominion of relationships: that is, the oaths, promises, pacts, and binds we have with Others. Commitments and oaths bring intimacy and trust, but the forging of these pacts as well as the violation of these sacrosanct vows are governed by the Lord of Consequence, himself, and it is the second decan of Libra where we find Saturn exalted as Arbiter of Oath.

This period of retrogradation will have brought with it boons for the ways in which we honored pacts and vows — even under scrutiny or adversity — and punishments for those who have violated the sacred tenets of their agreements. We will have found opportunities to both catalyze the rumor mill, as well as be exposed for our participation in gossip and duplicity. We will have been tested to see that we have been agents acting in Good Faith, and scrutinized by a jury of our peers if we have instead been acting in Bad Faith. We can expect, and likely observe, relationships becoming fortified and more deeply secured into lasting knots, or for Saturn’s scythe to slice the rotting ropes binding false friends and new foes. Most importantly, I think, will be the options and choices made available to us, and their lasting impact. We need to remember that while pacts and vows and oaths (oh my!) are precious, powerful things, we are not obligated to remain in relationships which feel unjust or undeserving of the energy we are pouring into them. Remember that Libra wants us to always be in the process of weighing, examining, considering, and judging. Your judgment is allowed to change, your perspective around value is allowed to change, and your tools of measurement are allowed to change. You do not have to tie yourself to a sinking ship, you do not need to hitch your horse to that carriage. You can love someone and still change the terms of your relationship agreement. You can love someone and still decide that loving them the way they want you to love them is not fair for you. You can simply think to yourself “I love this person but this relationship doesn’t fit the life I am endeavoring to lead.” We must first dream of the life we want, and we must dream of it honestly, if we hope to shape reality around it. Libra understands better than anyone that caring for someone, even caring very deeply, can preclude being close to them. Libra understands that love, that care, that affection is sometimes better at a distance where it can be studied, where it can be weighed, where it can be measured. When we are too close, we cannot see as
clearly — Mercury Rxing in Libra wants you to remember to cultivate perspective and to explore your relationships from a higher vantage point where all the details don’t distract from the bigger picture.

If Libra is a Mirror, and Mercury Rx is Mercury Khthonios, I imagine Mercury Rx in the second decan of Libra as the One Way Mirror, and you are standing on the transparent side, invisibly observing those around you. Similarly, you might be the scryer gazing into the black mirror, or the reflecting pool. You are being asked to quietly observe, to reflect, and to not make an impact on the environment — the retrogradation is the gathering, the studying, the researching.When Mercury stations direct on the 18th of October, it will be amplified and expanded by Jupiter stationing direct in Aquarius and adding an anthropological keenness, and further bolstered by Saturn having stationed direct in Aquarius on October 10th. Keep in mind that five of the traditional seven planets will be in Air signs, with Venus galloping through Sagittarius, and the Moon entering Aries (where it will oppose all of the Libra placements). All which is theoretical will be orchestrated into action. In the meantime, just watch: people will always show you exactly who they are.

Bio: Sasha Ravitch is a professional astrologer, occult-educator, writer, and counselor, living in New Orleans. She strives to support both students and clients in cultivating magical and mundane lenses of meaning making, galvanized by a passion for: ancestral dead, psychoanalysis, sublunar spiritwork, folkloric witchcraft, intranquil daemons, and an affection, in particular, for Saturn.
Find her at: sasharavitch.com
sasharavtich@gmail
patreon.com/sasharavitch