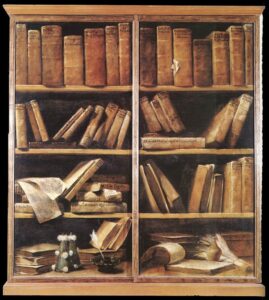 The ebbs and flows of life can be one of the most beautiful parts of the human experience. Because some things in our lives we come to know through opposition, we can recognize the more positive experiences that exist only because we have also faced more difficult ones. Astrology accounts for every experience a person can have, and through a myriad of different techniques and tools, it can validate and illuminate one’s story and individual path.

An unnamed predictive technique was proposed by Vettius Valens in his Anthology in the 2nd century C.E., and it is currently still the only ancient source for this time-lord method. Robert Schmidt coined this nameless practice “zodiacal releasing” due to the structure of how the time-lords behave in this idiosyncratic system. This system provides a unique and personal timeline of your life based on the calculations of different lots (otherwise known as Arabic parts) in your birth chart. The timeline tells us when someone will experience heightened moments of activity in their life, which then allows us to predict when certain things will happen in the future. ZR (as it’s abbreviated) tells us where you’ve been, where you are right now, and where you’re headed. Whether ZR is used retrospectively to analyze events from the past or as a forecasting tool to predict the future, it gives you unique insight into your own personal timeline, along with all of the ebbs and flows contained within.

Three primary lots used in zodiacal releasing are Fortune, Spirit, and Eros (1). Each lot is unique in that it is derived from mathematical calculations based on the distance between two or more points in the birth chart , then this distance is projected forward from the degree of the Ascendant, personalizing it. Whilst everyone born on the same day might share the same Sun and Moon signs, the Ascendant degree will vary. This means that two people can have different lots, even if they’re born on the same day, in the same place, within the same hour.

Each of the primary lots have their own set of significations that correspond with the natural planetary ruler of that lot. The natural rulers refer to the planet whose power is expressed through the lot itself, a concept I picked up from Robert Schmidt. The Lot of Fortune is a lunar lot and corresponds with the Moon, whereas the Lot of Spirit is a solar lot and corresponds with the Sun. Each of the seven traditional planets has a lot attributed to them, which is how we get the “seven hermetic lots” — Eros belongs to Venus, Necessity to Mercury, Courage to Mars, Victory to Jupiter, and Nemesis to Saturn. In the context of zodiacal releasing, we can use any of these as a starting point to glean information about when the themes associated with a particular lot will become more prevalent in one’s life.

Lots of Fortune and Spirit were thought to be the most important, a sentiment echoed by Guido Bonatti in his treatise on the subject. (2) The Lot of Fortune speaks to all matters that befall you, meaning it represents everything that happens to you, not of your own volition. As the Moon’s lot, it also speaks to the physical body and material circumstances. Using zodiacal releasing from Fortune, we can time when the topic of physical health will become more important for a person and identify moments when fated events will occur. The Lot of Fortune also serves as the basis for all of zodiacal releasing, regardless of which lot you release from. This is because the angles from Fortune are used to determine someone’s “peak periods” and subsequent ebbs and flows. The signs that contain Fortune and tenth from Fortune constitute “major peak” periods, while the sign opposing Fortune represents a “moderate peak,” and the sign in the inferior square to Fortune signifies a “minor peak” period.

The Lot of Spirit is said to be “lord of soul, temper, sense and every capability,” according to Paulus Alexandrinus. (3) Vettius Valens tells us it “arouses men’s souls to action through its own energy and love-inspiring nature, and it becomes the cause of employment and progress.”(4) Ultimately, the Lot of Spirit represents every action a person is capable of taking in their lifetime. It shows us how one responds to the fated events that befall them and it also speaks to one’s career and general life direction. When interpreted on its own, it can be a key component to delineating one’s life purpose. When releasing from Spirit, we can pinpoint peak periods in someone’s life and career and time when they will uncover their purpose and gain insight into how they will subjectively experience different moments of their life.

ZR is a unique timing technique because it operates on several levels simultaneously. One of my favorite metaphors to understand these levels comes from Chris Brennan, my primary teacher on the subject. (5) He uses the image of a book, with the level 1 (L1) periods being synonymous with the chapters of a book, level 2 (L2) periods representing the pages, level 3 (L3) periods corresponding with the paragraphs, and level 4 (L4) periods signifying the sentences. These different levels account for the nuance of our life experiences, which are rarely black and white, all good or all bad, and zodiacal releasing reflects this. You might be in your most difficult chapter but on a wonderful page, which could greatly alter your experience of that chapter for several years.

These different levels, and specifically the peak periods, can tell us when someone will experience heightened moments of activity in their career, relationships, health, or any matter that can be attributed to a specific lot. Peak periods don’t necessarily equate to “good” or “bad,” but rather they refer to activity. When there’s more activity, we can expect a significant event or a series of such events to occur. Whilst mostly everyone will experience an L1 peak at some point in their life, it doesn’t occur at the same time for everyone. Some people won’t experience their peak chapter until they’re 50, but that doesn’t mean they won’t have major moments in their career and life up until that point. That’s where the lower levels become more important, as they allow us to zoom in on the most important pages in a given chapter. Most of the time, we focus on L1 and L2, as these higher levels coincide with the most active times of someone’s life. 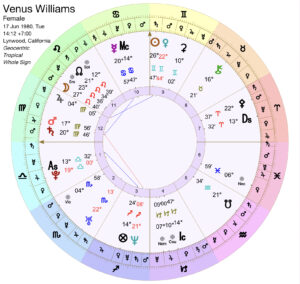 If we look at Venus Williams’s chart, we can see a poignant example of this. Her Lot of Spirit is in the second decan of Leo in the 11th house. (7) This face is ruled by Jupiter in both decanic traditions and is said to be associated with victory and triumph. Venus Williams won seven Grand Slam single titles in her career and is considered one of the best tennis players of all time. The ruler of her Lot of Spirit is in the 9th house of Gemini, the sign of the twins. Venus was successful on her own but she also dominated doubles tennis with her sister Serena. They travelled all over the world competing with and against one another. Using zodiacal releasing from Spirit, we can time the height of Venus’s career and her ascent to tennis superstardom.

Her Lot of Fortune is in Sagittarius, meaning that her peak periods occur in mutable signs (Sagittarius, Pisces, Gemini, and Virgo). Venus entered an L1 Virgo peak from Spirit on March 10, 1999, when she was 18 years old. This would have been considered a major peak period because Virgo is the tenth sign relative to the Lot of Fortune in Williams’s chart. From March 1999 to October 2000, she would have also been in an L2 Virgo peak period. Whenever someone is peaking on L1 and L2 from Spirit, we can expect their life or career to be busy, almost as if they have cosmic momentum pushing them towards their destiny during that moment in time. In this timeframe, “she took it to a whole new level, going on a blistering 35-match winning streak that brought her six straight titles, including her first two majors at Wimbledon and the US Open, as well as the gold medal at the Sydney Olympics.” (8) She won the gold medal for doubles tennis with her sister on September 28, 2000, at the end of this major peak period, securing her status as one of the greatest tennis players alive.

Venus was destined to become a successful tennis player, but she was also destined to do it with Serena. We see a key piece of her purpose being depicted through her Lot of Spirit, and with zodiacal releasing, we’re able to time the ebbs and flows of her career. We can also use ZR to pinpoint when someone will confront their purpose head-on by identifying the sign that contains the ruler of the lot of Spirit. When someone encounters this sign on an L2, something about the nature of their calling is typically revealed to them. For Venus, the ruler of her Lot of Spirit is the Sun in Gemini. When she had her Gemini L2 period, at just 14 years old, it happened to be the first time she ever played tennis professionally.

Another impressive example of the power of ZR at work can be seen through Alexandria Ocasio-Cortez’s chart. AOC is the youngest woman to ever serve in the United States Congress, and we can track the rise of her political career with zodiacal releasing. 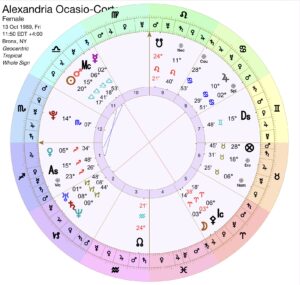 Ocasio-Cortez was involved in politics from a young age, interning for Senator Ted Kennedy during a major L2 peak period, while she attended college. Her campaign began in April 2017 and ran until the election in late 2018. She was seen as a woman of the people and refused to accept money from corporations to fund her campaign, an interesting consideration as her Lot of Spirit is placed in the 8th house of other people’s money and resources. On June 26, 2018, AOC won the Democratic primary election for New York’s 14th Congressional District with an entirely community-funded campaign. At the time she was peaking on L1, L2, and L4, which would allude to this being an incredibly important moment in her career.

Ocasio-Cortez ran against Joe Crowley, who had been the unchallenged incumbent for over a decade, and this meant that Crowley’s defeat in the primary practically guaranteed her the win in the general election. On November 6, 2018, AOC officially became the youngest woman ever elected to Congress, garnering 78 percent of the vote. She was peaking on all four levels on this date, signaling that this would be one of the biggest moments of her entire career — even more so than winning the primary. This was the date she made history and it’s striking to see that reflected so beautifully in her zodiacal releasing.

On November 8th of this year, AOC ran for re-election and won with an overwhelming majority once again, securing over 70 percent of the popular vote. She had just entered an L2 peak period on September 20, the first one she’s had since she won the election in 2018. On the date of this year’s election, AOC was peaking on L1, L2, and L3, once again alerting us to the fact that this would be an active, busy, and important moment in her career and overall life. As Alexandria is still quite young, it will be interesting to see how the rest of her L1 peak period plays out over the next 11 years. If one thing can be sure, it’s that she has a long political career ahead of her.

In part two, we’ll explore how to actually use this technique in practice.