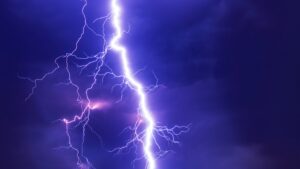 Perhaps the potential for intellectual brilliance gone wrong with the Jupiter-Uranus cycle gives us pause when we take note of Donald Trump’s natal Jupiter–Uranus trine (in Libra–Gemini). Trump’s “brilliance” tends to be more transactional than intellectual or strategic — especially when pulling in his natal Gemini Sun. (1) More likely, this trine supports his keen facility for playing both sides against the middle for his own gain. Unfortunately, the current target of this power game seems to be our American democracy.

Nevertheless, optimism is not misplaced with this cycle. If anything, the extreme divisiveness produced by these tactics has revealed important flaws in out democratic institutions that can be addressed.

Recently, she lost her Wyoming seat to a Trump-endorsed election 2020 denier, but we have surely not seen the end of her in our national politics. It’s about time that the Uranus–Pluto generation of the 1960s has its opportunity to lead. There’s much more to talk about in her chart — a topic worth exploring all on its own.

Bottom line, optimism is warranted with the Jupiter–Uranus cycle, if only we can tap into its higher, lighter expressions, like breaking up stagnant energy and restoring natural rhythms; expanding our focus on everyday needs to include future priorities; energizing useful, creative innovations and inventions; promoting social entrepreneurship and green technologies; and nurturing bold intellectual curiosity in our students over the amassing of information. And perhaps, we need to revisit and reconceive “Enlightenment” thinking to serve that new cosmology we need so badly.

On that last point, the higher, lighter expressions of this cycle would honor the essential unity between humanity’s intellectual and spiritual yearnings, a need we can appreciate all the more since Russia’s full-scale invasion of Ukraine this past February. How many Ukrainians, hanging on for dear life in their homes, have we heard tell interviewers some version of “this is our land, our home … where should we go?” The numinous logic of this simple statement speaks to their deep sense of belonging and to their national Soul’s desire for peace and freedom. This hopeful collective perspective may yet be Ukraine’s saving grace.

Then, there are the natural phenomena ruled by sky “gods” Jupiter and Uranus. Lightning may dance across our skies, but ultimately it flashes into the Earth where its incredible power is absorbed and “charging” molecules are released into the atmosphere, producing truly creative results — like splitting Nitrogen atoms facilitating plant growth, among other things. The Earth and its atmosphere just “feel” better after a lightning storm, don’t they? (3)

Likewise, ideas can flash through our minds willy-nilly, but when we consciously receive them, sparks of insight can be grounded in creative understanding. And when we forget that grounding, it is to our peril. The Jupiter–Uranus duo reflects the essential unity of the biological, intellectual, and spiritual Being in nature and in the universe. “As Above, So Below” is not just a catchy astrological phrase; it reflects the deep story of our resonant, questing existence, without which life itself pales and falters. Besides, can we think of another planetary keyword combination that reflects the “Big Bang” of creation any better?

In fact, Thomas Berry might as well have been musing on the Jupiter–Uranus cycle when he said the following in his 1988 (updated in 2015) masterwork, The Dream of the Earth:

“Our scientific understanding of the universe, when recounted as story, takes on the role formerly fulfilled by the mythic stories of Creation. Our naturalists are no longer simply romanticists or transcendentalists in that interpretive vision; they have absorbed scientific data into their writings. A new intimacy with the universe has begun within the context of our scientific tradition.” (4)

Mythic stories of creation and “a new intimacy with the universe,” indeed. I don’t think it’s any accident that, in the midst of multiple and multi-layered crises here on Earth — this tiny speck of dust in the grand scheme of cosmic reality — that the extraordinarily powerful James Webb Space Telescope (JWST) was launched when both Jupiter and Saturn were in Aquarius, disposed and squared by Uranus in Taurus conjunct the North Node. (5) According to the article in Quanta magazine:

“One of JWST’s much-touted abilities is the power to look back in time to the early universe and see some of the first galaxies and stars. Already, the telescope — which launched on Christmas Day 2021 and now sits 1.5 million kilometers from Earth — has spotted the most distant, earliest galaxy known.”

Scientists, fueled by passionate Jupiter–Uranus curiosity, have accomplished this mind-blowing space exploration on behalf of us all. (This current cycle launched at fiery 0° Aries in 2010.) To my mind, the indescribable pictures sent back to Earth from the JWST are, indeed, the answer to Thomas Berry’s dreams of “a new intimacy with the universe.” It will be up to our children and grandchildren to draw out the full uplifting potential of this new age of exploration and to fall deeply in love with this universe. It is important that we reflect about every molecule of our existence — about this universe that encircles and embraces us.

In the face of these revelations from “the early universe” — perhaps a mere 500 million years after the Big Bang — sheer joyful awe is the natural human response. Now, there’s some “lightning” for the “bottle” of our curiosity and imagination! So, do we stand humbled and immobilized while our own speck in this universe suffers? Or do we bring to bear all the Uranian intellectual and technical brilliance we can muster in the service of healthy and daring Jupiterian growth, hope, and optimism?

(5) Two Weeks In, The Webb Space Telescope is Reshaping Astronomy

Raye Robertson is a practicing astrologer, writer and former educator. A graduate of the Faculty of Astrological Studies (U.K.), Raye focuses on mundane, collective-oriented astrology, with a particular interest in current affairs, U.S. history, culture and media, the astrology of generations, and public concerns such as education and health. She’s published articles on these topics in several key astrology journals over the years. Her blog, which is temporarily suspended for the sake of longer-term projects, can be viewed at Diary of a Mundane Astrologer. The article seen here is an excerpt (with modifications) from an e-book she is currently writing about outer planetary cycles and the challenge of American autocracy. For information about individual chart readings, contact: robertsonraye@gmail.com.

Lightning in a Bottle: The Jupiter–Uranus Cycle and the Potential for a New Astro-Cosmology